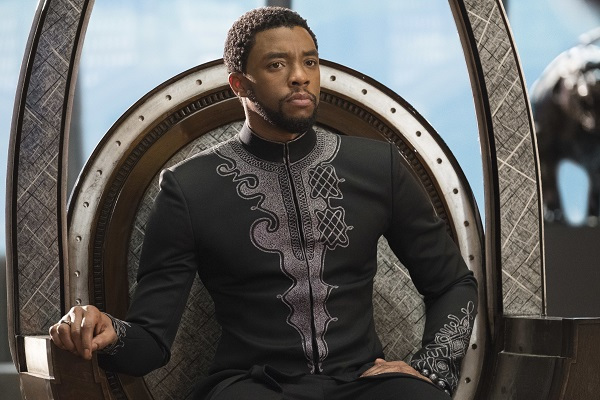 The digital, blu-ray, and DVD release of Black Panther is something to celebrate, and now just because fans can watch the masterpiece from the comforts of their own homes whenever they want to be inspired.

The bonus features include commentary from the film’s director, Ryan Coogler, that illuminated several facts we never knew about our favorite movie.

Here are 4 thing we didn’t know about Black Panther:

Some of us were Marvel novices when we discovered the wonderful world of Wakanda, and the special features illuminated a few facts only die-hard comic book fans may have already known. One of them is the fact that Killmonger’s mother died in prison. When N’Jobu (Sterling K. Brown) was in Oakland at the beginning of the film, his mission was to rescue his lover (Killmonger’s mom) from the big house. Since King T’Chaka killed him, she eventually dies while behind bars and turned Killmonger into the scorned orphan he grew up to be.

T’Challa’s greatest asset is his ability to read other people.

Ryan Coogler explained that while King T’Challa (Chadwick Boseman) certainly gets a leg up on his adversaries from his superhero suit, agility, and strength, his real superpower is his knack for reading people. The director says T’Challa’s people skills and willingness to consult others in times of need are what make him truly powerful.

Winston Duke is a comedic genius.

One of our favorite scenes in Black Panther happened courtesy of Winston Duke and his improvisation skills. The actor who plays M’Baku came up with the idea to shut down Ross’ attempt to address him by grunting like a gorilla. The Jabari tribe’s fearless leader makes it clear he’s having none of what the colonizer has to say and leaves it to the women of Wakanda to explain what they need from him.

Michael B. Jordan’s portrayal of Killmonger was inspired by a real-life hero.

Killmonger is a complicated character and Michael B. Jordan killed the role for a number of reasons. It turns out, the actor drew from his interaction with a real-life war veteran he met in NYC and he used the soldier’s account of his time in the military to pull off the role. “There was a pain and matter-of-factness to it that stuck with me,” Coogler said. He also revealed that some of the thing we watched Nakia (Lupita Nyong’o), Shuri (Letitia Wright), and Romanda (Angela Bassett) do were subtle shout-outs to Harriet Tubmanand the Underground Railroad.