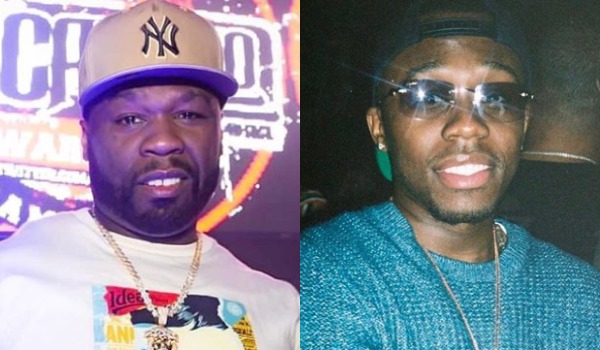 It started when 50 shared news that Tekashi hired Floyd Mayweather’s former bodyguards for protection and someone commented.

“Now when the kid comes in they scream champ is here. And hard work and dedication,” wrote 50 about Tekashi.

“That son right there a cold b—–,” one of his followers wrote back.

But 50 turned the compliment for the young Brooklyn rapper to a diss aimed at his son. “Who Marquise? He is his mother’s child,” he wrote.

The beef between 50 and his 21-year-old has played out on the Internet for several years now, and it seemingly came to a head when Marquise released a diss song to his dad titled “Different.”

And last year when someone asked 50 about Marquise, he made it clear where their relationship stands. “I have no relationship with Shaniqua’s son,” he wrote on Instagram.

The rapper has been having it out with Marquise’s mother Shaniqua Tompkins in recent weeks as well.

It happened after there were reports that Tompkins and Nas’ ex would be starring in a reality show, and 50 said he’d stop it from happening. That’s because he claimed she signed a privacy agreement, but Tompkins said the show will go on anyway. She also stated that 50 doesn’t have as much clout as he portrays.

Marquise has yet to respond to his dad’s diss, but others have. In fact, one person said it wasn’t that strange the two of them don’t get along.

“The only reason he dealt with this kid [is] because of child support, but now that’s over and people still trying to force them to have a relationship,” one person commented.