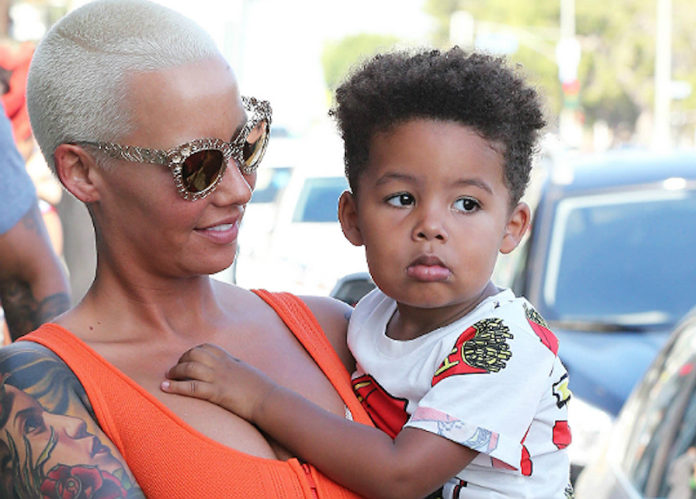 Amber Rose faced backlash after she revealed a new tattoo on her face. Rose debuted her tattoo on Instagram which featured the nicknames of her kids, Sebastian Thomaz and Slash Edwards, Bash Slash.

Thousands responded to Rose’s new look by questioning Rose’s decision to get the names on her forehead.

Rose, who garnered fame for dating Kanye West and Wiz Khalifa several years ago,  responded on Instagram by posting, “For the people that are telling me I’m too pretty for a face tattoo are the same people that would tell me that I’m ‘too pretty’ even if they thought I was ugly and lie to me Lol. She added, “Or they would just tell me I’m ugly so either way the moral of the story is do whatever the f–k you want in life – muva.”

During an interview with Keyshia Cole on Fox Soul TV on Feb. 12, Rose, who has a child by Wiz Khalifa, claimed that Kobe Bryant’s death inspired the tattoo.

“I gotta be honest, and I don’t want this to sound corny, but after Kobe [Bryant] died, it made me reflect on my life,” Rose shared on Fox Soul TV. “I thought about my dad and my dad had cancer when he was 40, and he went through remission and he’s good now but he almost died,” she continued. “And I’m 36… I’ve been wanting this tattoo for a long time… life is so short, just do it. Just live your best life with no regrets.” She added, “That’s just how I felt, and I’m happy I did it.”