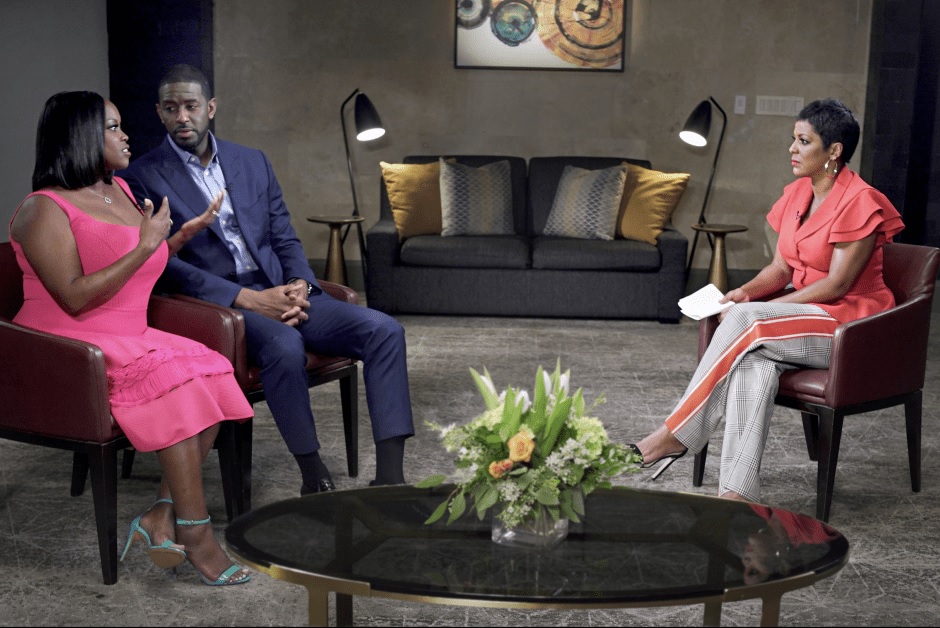 Andrew Gillum and his wife addressed the controversy that has surrounded the former gubernatorial candidate since he was found unresponsive in a hotel room and entered rehab on the season 2 premiere of The Tamron Hall Show.

Gillum and his wife, R. Jai Gillum, sat down with Hall for her eponymous talk show for the episode that aired on Monday, Sept. 14. A press release touted that he would “discuss his swift fall from grace, his rehabilitation experience in the face of adversity, and share what life looks like now.”

Gillum told Hall that it’s been an emotional time for him. The full interview continues with Gillum sharing his previously undisclosed sexual identity.

“I don’t identify as gay. I identify as bisexual. I’ve never shared that publicly before,” said the former Tallahassee, Fla. mayor.

Although the public was not aware of his bisexuality, his wife was fully informed before the couple’s marriage.

“I just believe that love and sexuality exists on a spectrum. All I care about is what’s between us and what agreement we make,” adds Mrs. Gillum.