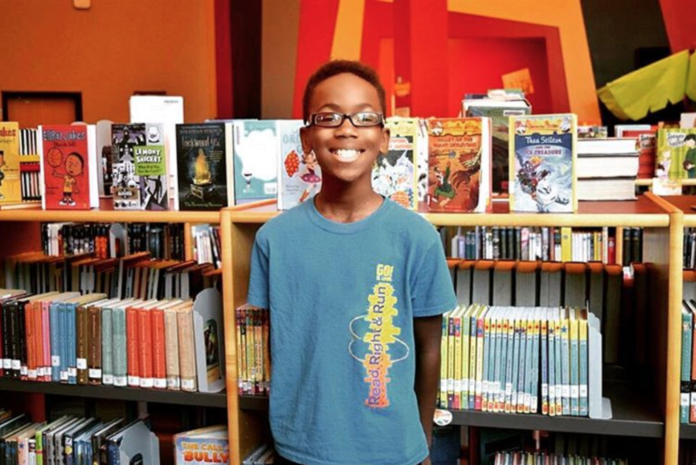 An 11-year-old African-American boy has launched a book club to celebrate Black literature and encourage his peers to read.

Sidney Keys III said he started his club, Books N Bros, because of his love of books and the lack of African-American literature on bookshelves.

“Books N Bros is a book club for boys and we read books and African American literature because every time I go to the library at my school, there aren’t many African American literature books there,” Keys said in an interview on St. Louis on the Air. “I already love to read and since we don’t get that much time to read in school, we just discuss in groups. I wanted to read a book but I also wanted to discuss it with other people.”

“He hadn’t seen [a bookstore] like that before and I certainly never had, so he was making himself comfortable on the floor, reading a book,” Caldwell said. “When you get to a point when he is 11 years old and it was so shocking for him to relate to someone on the cover in a positive aspect rather than it be some negative urban story we see a lot—I would like to make sure he sees himself in being whatever he can be.”

Books N Bros meets monthly at EyeSeeMe and is open to boys ages 8 to 10 or those within the reading level of fourth to sixth grade—an age when African-American boys statistically stop reading. The boys read books with an African-American themes such as “Danny Dollar,” “Hidden Figures” and “Supah Dupah Kid.”

According to a 2010 study by the Center on Education Policy, boys in elementary through high school often lag by as many as 10 percentage points behind girls in reading across all states.