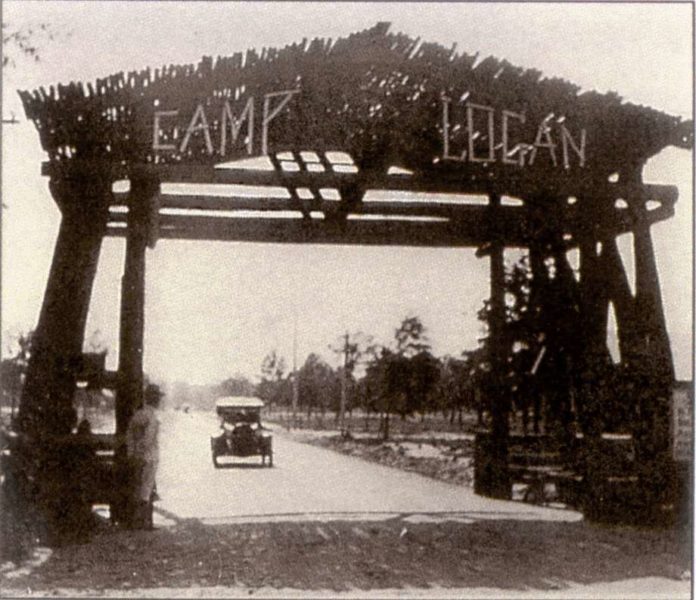 The Buffalo Soldiers National Museum commemorated the 100th anniversary of the Houston riot of 1917 with six days of activities designed to tell the story of this not so known part of Houston’s history.

The riot, also known as the Camp Logan mutiny, involved soldiers from the all-Black 3rd Battalion, 24th Infantry, who were housed at an Army training camp at a site now primarily occupied by Memorial Park.

On Aug. 23, 1917, Black soldiers from Camp Logan, incited by police violence earlier that day, armed themselves and marched into town. When the riot ended, four soldiers and 15 white civilians were dead. Numerous Black soldiers were eventually hung or received life sentences as punishment.

HCC Professor Angela Holder, curator of the Camp Logan exhibit displayed during the museum’s commemoration, lost a great uncle as a result of the riot.

“My grandmother’s older brother Jesse [Ball] Moore was hanged without an appeal as being a participant in the riot,” Holder said. “The family didn’t know where his remains were until 1987 when I found them with the help of the book ‘A Night of Violence: the Houston Riot of 1917’ by UH Professor Robert Haynes.”

Upon learning the story of Camp Logan from her great aunt (the sister of Moore), Holder, at age 6, became determined to “find” her great uncle.

“My uncle and those other 12 men executed first did not have their cases reviewed, though no white citizens could identify them,” she said. “Thirteen court marshals, no appeals for clemency. They were hung.”

Six others were hung that December, and roughly 60 of the 24th Infantrymen received life sentences.

“It wasn’t one of the best moments in our country’s history,” Holder said. “Young men serving our country were being maligned and mistreated, given no respect. Even if you didn’t want to respect the Black population as a whole, would it not have been enough to look at them differently for serving in the military? But no. This event was an embarrassment.”

Dr. Chad Williams, chair of Brandeis University’s African American Studies Department, was another participating scholar in the museum commemoration. Williams’ professional focus – World War I era and African-American soldiers and veterans – put Camp Logan on his radar early. He believes there are specific reasons why its story hasn’t been actively taught.

“America, and the South in particular, suffers from an acute form of historical amnesia when it comes to incidents that do not fit an imagined narrative of racial cohesion and progress,” Williams said. “This is especially true in the case of Black armed resistance.”

Besides the exhibit, the commemoration included a viewing of “Mutiny on the Bayou,” a documentary on Camp Logan, panel discussion, keynote address by Williams, and more.

Holder said she most enjoyed the event’s “teachable moment” of gathered scholars, authors and family members of soldiers and police who died during the 1917 confrontation. She hopes the commemoration generates momentum towards a post-humus pardon for her uncle and other Camp Logan soldiers who were executed or imprisoned.

“[Recent] events in Charlottesville offer yet another reminder about the continued existence and durability of white supremacy in the United States,” Williams said. “The threat of racist violence, whether at the hand of white vigilantes or by police officers, is a reality that African- Americans and other people of color face on a daily basis.

“This same reality sparked the Houston rebellion,” Williams said. “Observing the rebellion 100 years later offers an important reminder about the fraught history of Black military service, the oftentimes hypocritical nature of American democracy, and the fact that if pushed too far, Black people will fight back.” 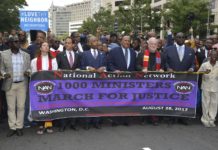 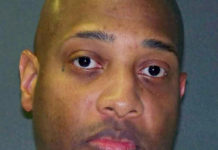 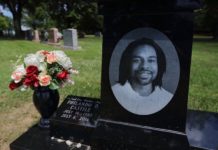