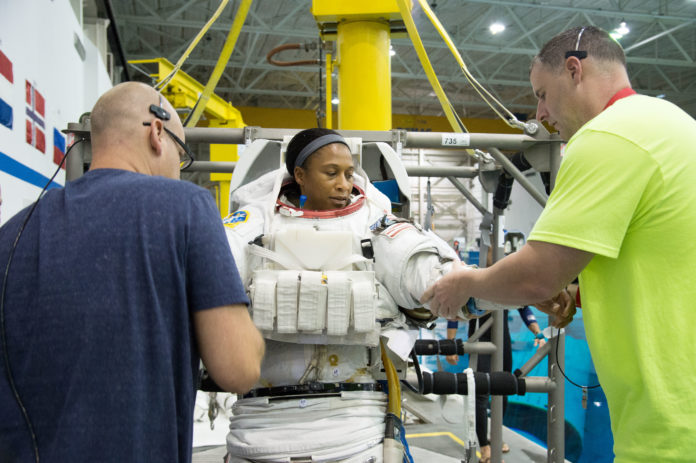 While NASA has sent 14 Black astronauts into space over the decades, none have ever stayed aboard the ISS as a crew member. Epps will be the first African-American and the 13th woman to call the ISS home since the space station was founded in 1998.

Epps, who is from Syracuse, New York, will join astronaut Andrew Feustel as a flight engineer on Expedition 56 in May 2018, according to NASA. She will also stay on board for Expedition 57.

Epps has a PhD in aerospace engineering and has served as an astronaut since 2009. She has also spent seven years as a technical intelligence officer for the Central Intelligence Agency. Epps, who is also a former NASA Graduate Student Researchers Project fellow, will be one of among 200 astronauts who have visited the ISS.

“Each space station crew brings something different to the table, and Drew and Jeanette both have a lot to offer,” said Chris Cassidy, chief of the Astronaut Office at NASA’s Johnson Space Center in Houston, in a NASA press release. “The space station will benefit from having them on board.”

The timing of NASA’s announcement came mere days before the widespread release of “Hidden Figures,” which tells the story of three Black women who played pivotal roles in NASA’s successful attempt to put astronaut John Glenn into orbit in 1962.

As Epps has expressed her support for the movie, NASA has dubbed her a “Modern Figure” for women in STEM. The idea is to highlight the stories of women who have made – and are still making – major contributions to the field. “Anything that you don’t know is going to be hard at first, but if you put the time and effort in, it will become seamless eventually,” she said in a video. “But you have to put the time and effort in. Just because it’s difficult doesn’t mean you can’t learn.”