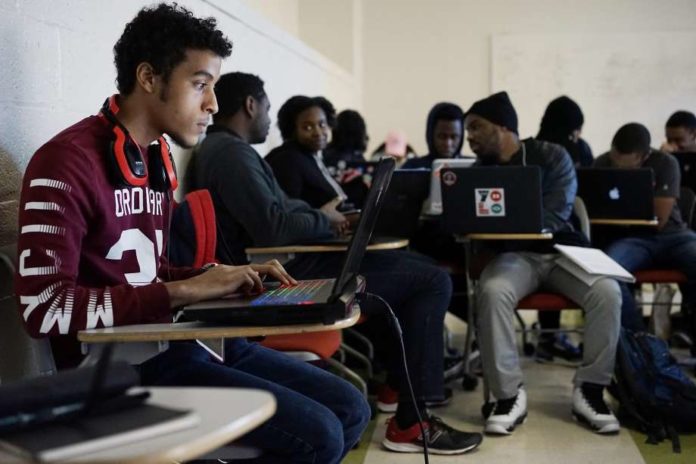 Howard has opened a campus at the Googleplex, called Howard West, “a physical space on campus where Howard students and Googlers can grow together,” and hopefully will encourage diversity in a field that sorely needs it.

Howard West will produce hundreds of industry-ready Black computer science graduates, future leaders with the power to transform the global technology space into a stronger, more accurate reflection of the world around us. We envisioned this program with bold outcomes in mind — to advance a strategy that leverages Howard’s high quality faculty and Google’s expertise, while also rallying the tech industry and other thought leaders around the importance of diversity in business and the communities they serve.

The move comes as Google and other tech industry giants are still working to find ways to bring diversity to Silicon Valley in an industry where diversity in hiring has not been the norm.

Bonita Stewart, Google’s Vice President of Global Partnerships tells theGrio that “students can expect an immersive academic and cultural experience at one of the most iconic companies in the world. Academically, they’ll acquire the skills necessary to excel on real-world projects, taught by the engineers who work on Google products and services every day.

The Howard graduate added, “Culturally, they’ll have a chance to experience daily life in Silicon Valley. On the flip side, we cannot wait to learn from our Howard West students and are excited to see the fresh creativity and innovation they bring to the table.”

Google hopes to expand the program to other HBCUs.

Dr. Frederick says there is “significant interest” on Howard’s campus in STEM and highlighted the importance of exposing students early on.

“We must influence students as early as possible. Howard University has a Middle School on campus focused on Math and Science where we have an opportunity to engage and drive the curiosity of students early,” he said.

Stewart believes that Google’s partnership with Howard, and eventually other historically black colleges and universities, will bolster the number of black engineers in Silicon Valley, which is currently dismal at best.

“The tech industry will benefit from this partnership via the expansion of work-ready technologists. The project has the potential to infuse the ecosystem with talented Black software engineers while removing real and perceived barriers,” she said.

“We cannot wait to learn from our Howard West students and are excited to see the fresh creativity and innovation they bring to the table.”