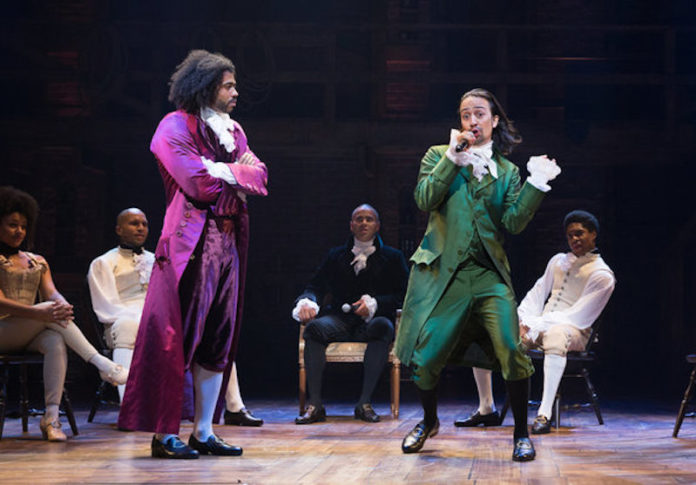 Hamilton has made history this Thanksgiving season as it set a record for the most money grossed in a single week on Broadway.

Last week, the show grossed $3.3 million, a record number, in a week that only had eight shows. For reference, unusually high-grossing Broadway shows tend to make $1 million per week, with most making less than that. It is also the first show to ever gross over $3 million in a eight-show week. In 2013, Wicked grossed $3.2 million in a nine-show week.

The huge numbers for Hamilton not only come in the middle of a season that has been lagging behind last year in general on Broadway for gross sales, but also after Hamilton saw some controversy recently because of vice president-elect Mike Pence’s experience at the Broadway show.

When Pence attended the show, the cast addressed him specifically and expressed their concerns and hopes that the United States under the new administration would still be open to minorities and others who are nervous about the Trump/Pence ticket coming to power. After the show, Donald Trump responded by saying that Pence had been “harassed,” and Trump supporters declared that they would boycott Hamilton because of the incident.

The increased sales seem to indicate that boycott isn’t going so well.