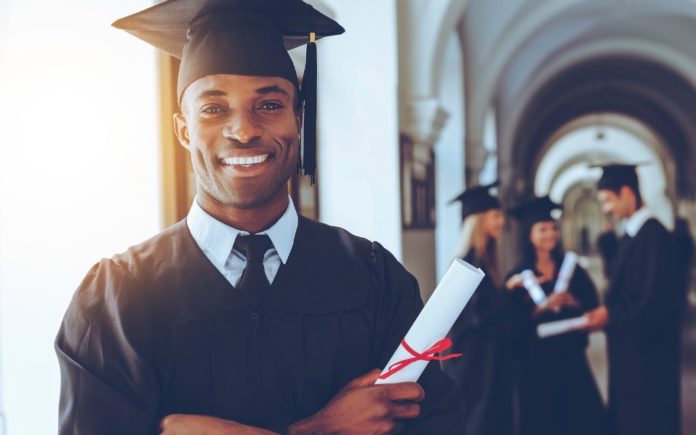 Getting an undergrad degree from an Ivy League university is no easy task, but for some the journey is even more difficult. Black students in Harvard’s 2017 graduating class are saying the pressure from society and the discrimination they face because of their race makes their accomplishments that much more distinguished and for this reason they have decided to hold a separate commencement ceremony.

The Root reports that the event which took almost a year to plan is an effort to acknowledge the struggles and resilience Black students have had to possess in order to thrive in higher education, an environment where minorities are typically underrepresented.

Michael Huggins, who is graduating with a master’s in public policy from the Harvard Kennedy School says the event will also highlight a feeling of “community” among students and their families:

“This is an opportunity to celebrate Harvard’s Black excellence and Black brilliance.”

“It’s an event where we can see each other and our parents and family can see us as a collective, whole group. A community.”

Huggins says the event wasn’t intended to encourage segregation as some have speculated:

“This is not about segregation. It’s about fellowship and building a community. This is a chance to reaffirm for each other that we enter the work world with a network of supporters standing with us.”

“We are all partners.”

According to the Journal of Blacks in Higher Education, 96 percent of Black Harvard students graduate within six years, giving the university the distinction of having one of the highest graduation rates for Black students. Still at a time where race dominates many social issues in a country that seems to be more and more divided each day, some Black Harvard students say they often feel isolated on a campus where wealth disparities and cultural differences are evident. Courtney Woods, who is completing a master’s degree in education policy and management, says the ceremony is meant to acknowledge students’ success in what can be a “challenging” campus atmosphere for minorities:

“Harvard’s institutional foundation is in direct conflict with the needs of Black students.”

“There is a legacy of slavery, epistemic racism and colonization at Harvard, which was an institution founded to train rising imperialist leaders. This is a history that we are reclaiming.”

“It speaks volumes that there has never been a Black graduation ceremony until now. We created this from scratch, because for me, for many of us, we are not here alone. I carry with me the dreams and desires of my family. And as a first generation, I know I am here to change the trajectory for all of us.”

More than $27,000 was raised to pay for this year’s ceremony which will focus on graduate students and 125 students have registered to participate. Event organizers hope to expand to include undergraduates next year. The school will join Stanford, Temple and Columbia, schools that already have separate ceremonies for black graduates.

Participating students plan to attend the main commencement ceremony, but Huggins said they are excited to celebrate their unique journey as Black students at Harvard:

“Too often at Harvard, there is not cross discipline contact between Black students. So it can feel like you are the only person of color. At this graduation, we can show each other and the administration that we are here, we are strong and we are not going away.”