Fisk University, the private HBCU based in Nashville, Tenn., known for the famed Jubilee Singers, has named its 16th president.

After a nearly eight-month search, the university’s Board of Trustees recently hired Kevin D. Rome Sr., who currently serves as president of Lincoln University of Missouri. Rome will take up his duties at Fisk on July 1.

“Fisk was looking for a transformational leader who would be able to shape our future and accelerate our growth as a leader in the Liberal Arts and STEM disciplines,” said Barbara Bowles, chair of the Fisk University Board of Trustees, in a statement. “We believe that Dr. Kevin Rome is that person.”

Rome has served as president of Lincoln University since June 2013. There, proponents said, he made great strides in the academic and financial areas of the institution. For example, under his aegis, the school witnessed a 50 percent increase in student enrollment.

Rome brings with him a long career in higher education. In 1991, Dr. Rome joined the staff of California Polytechnic State University in San Luis Obispo, Calif., as the coordinator of Student Development.  He would stay at that institution until 1994, during which time he was promoted twice, to academic development specialist and education and training specialist.

He was named assistant vice chancellor at Indiana University-Purdue University Indianapolis, where he helped develop a $50 million new campus center and oversaw the university’s diversity and retention initiatives.

From 2004 to 2005, he was vice president of campus life at Clayton College and State University and in 2005 he moved on to Morehouse College to serve as vice president for student services. In May 2008, Rome was named vice chancellor for student affairs and enrollment management at North Carolina Central University, his last appointment before taking the reins at Lincoln University.

“I am pleased to be named the 16th President of Fisk University,” Rome said of his new position. “Our nation’s HBCUs are facing an interesting chapter in history and I am certain Fisk will see its story of academic excellence, diversity, and integrity expand over the next 150 years. It will be my pleasure to work alongside the entire Fisk University family as we continue to cultivate scholars and leaders one by one.” 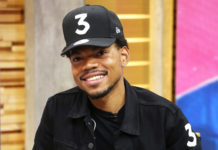