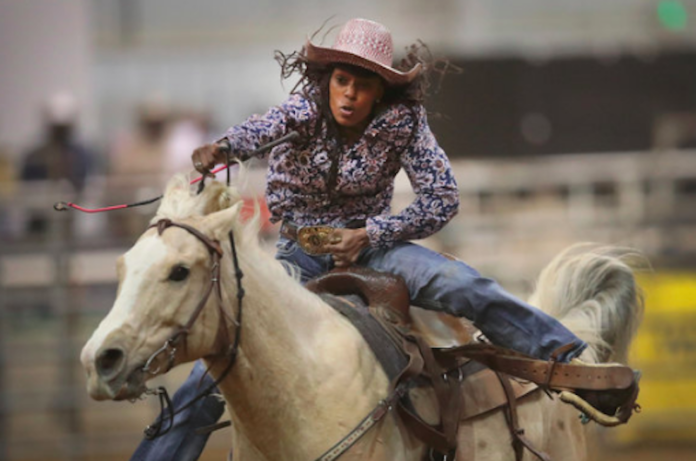 Hundreds of black cowboys and cowgirls convened in Memphis, Tennessee, last weekend to compete at the Bill Pickett Invitational Rodeo.

The rodeo, which labels itself “The Greatest Show on Dirt,” is recognized as America’s only touring black rodeo competition. It seeks to dismantle the whitewashed history of the Western frontier by highlighting black people’s involvement in and contributions to cowboy culture, as well as educate the public about black Western heritage.

Named after the legendary cowboy Bill Pickett, the rodeo was first held in Denver in 1984. It was created by Lu Vason, a promoter and producer who was interested in forming an all-black rodeo after he noticed the lack of racial representation at other rodeos in the West. Vason, who died in 2015, helped to build BPIR alongside his wife, Valeria Howard-Vason, who serves as the organization’s current president and, for the last 33 years, has helped to host rodeo shows in cities across the country.

On Saturday, BPIR’s event in Memphis attracted hundreds of cowboys and cowgirls of color, along with their families and fans, for an evening filled with competitive bull-riding, barrel racing and much more. Here are some pictures from the evening and Friday’s children’s event that highlight some of the best moments and reaffirm that blackness is no stranger to cowboy culture.