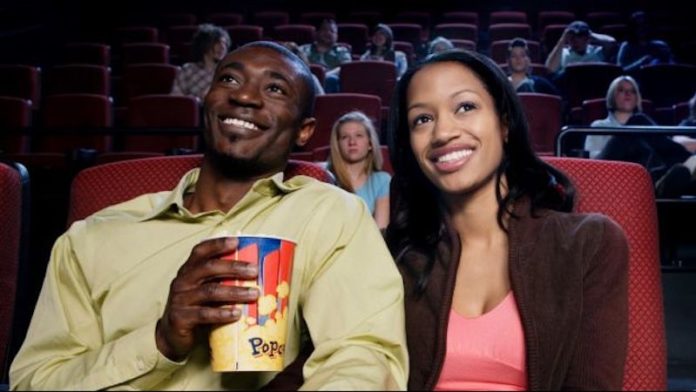 It’s practically every movie lover’s dream to rewatch their favorite films on the silver screen. From “Friday” and “Waiting To Exhale,” these movies are cherished because they capture the Black narrative through humor, action and effective storytelling.

Now, a new venture called SouledOut Cinema is giving audiences a different way to experience films from the 1980s, 90s and 00s by bringing them back to the big screen.

The initiative aims to collaborate with movie theaters ― both big and small ― in cities across the country to show three to eight screenings of various Black films over the course of any given weekend. Local Black restaurants will also be involved to help replace expected movie theater eats with foods like jerk wings, mac and cheese, pound cake, and more. The goal, according to founder Mark Luckie, is to “bring community together around something everybody loves,” he told The Huffington Post, which is a media partner of the initiative.

Luckie, an Atlanta-based media professional who previously held management positions at Twitter and Reddit, said he had the idea for SouledOut Cinema after a trip to California with his friend in October.

“I was in Palo Alto, one of the whitest places in California, and there we were, two Black men walking down the street feeling very aware of our Blackness,” Luckie said. “We then walked past this theater showing [old] black-and-white movies and I thought, ‘Hey why don’t they show Black movies?’”

Shortly after the trip, Luckie resigned from his role at Reddit and returned to Atlanta to help launch SouledOut Cinema. The team so far has a list of 45 films that can be shown during one of these weekends, and they had criteria to help narrow down their selections.

“No slave movies, no maid movies, no civil rights movies and no blaxploitation movies,” he said. “We want to see movies that are more accurate reflections. We want to see something that’s reaffirming for the community rather than this twisted, funhouse mirror version of Black life.”

In the coming months, SouledOut Cinema will be traveling everywhere from to Houston to Oakland, New Orleans to Philadelphia. The tour, which will release names for the films when the tickets go on sale at each site and plans to have a more permanent presence in some cities, promises to provide audiences with an “experience you won’t find anywhere else.”

“It’s all about the community experience and being in the room with people who love the film as much as you do,” Luckie said. “Everyone loves these movies, it’s just a much better and much more rewarding experience.”