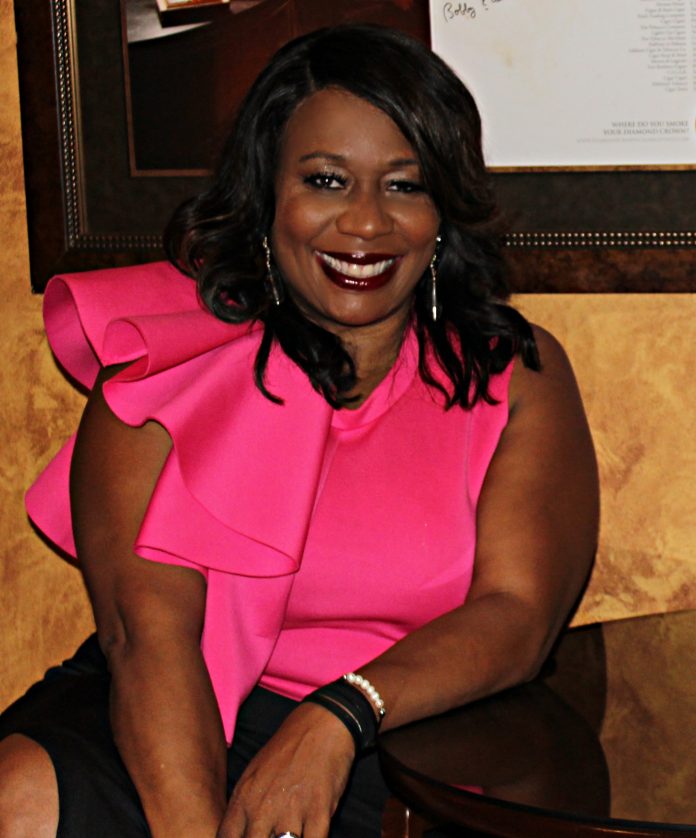 The number 50 marks a milestone for Defender Managing Editor ReShonda Tate Billingsley in more ways than one. The national best-selling author just released her 50thbook, “More to Life.” She is also celebrating her 50thbirthday on Sept. 7.

Billingsley attributes her remarkable life to her faith in God and the support of her family, friends and fans.

She began her literary journey in 2001 by establishing her own publishing company and releasing her debut novel, “My Brother’s Keeper.” The novel was picked up and re-released by Simon & Schuster/Pocket Books and she remains one of the country’s top African-American authors.

Two of her books have been made into movies, including “Let the Church Say Amen,” which was directed by actress Regina King and produced by Bishop T.D. Jakes and Queen Latifah. Billingsley made her on-screen movie debut in the film, which was one of BET’s highest rated original programs. Her book, “The Secret She Kept” was adapted into a film on TVOne. ReShonda has been nominated for an NAACP Image Award for Outstanding Literature several times, and won the coveted award for her book, “Say Amen, Again.”

In addition to her literary success, Billingsley is an accomplished journalist. She worked as a reporter for the National Enquirer and as an anchor and reporter for NBC, ABC and Fox TV stations in Beaumont, Oklahoma City and Houston.

The former Langston University professor describes herself as a “Houstonian by way of Arkansas.” She is a graduate of Madison High School and earned a B.A. in Journalism from the University of Texas. She is an active member of Alpha Kappa Alpha Sorority, Inc. and Jack & Jill of America. She is the mother of three children, Mya, Morgan and Myles.

In a Q&A with the Defender, she discussed her personal and professional lives.

Defender: What is your 50th book about and why is it special?

Tate Billingsley:“More to Life” is about a woman who seemingly has it all – a great husband, successful kids, money and all its trappings – and yet, feels like something is missing. She realizes it’s because she’s not walking in her purpose or living her passion. She’s so busy giving to everyone else, making sure her husband and kids are taken care of that she’s lost herself. It is fiction, but it’s a story so many women can relate to. And on some levels, it’s the most personal story I’ve ever done and comes at a time in my life when I’m coming out of major storms.

Defender: As you reach the mid-century mark, what is the most important lesson you’ve learned in life?

Tate Billingsley:It is important to follow your dreams – not your parent’s dreams, not your mate’s dreams, but your dreams. There’s a quote that I have in the book that says, “Life is for the living, not the existing.” I am a firm believer of that and it’s a lesson that I’ve learned over the years. I’m a workaholic but I’m learning that I don’t need to be so busy making a living that I forget to live. Whether that’s spending time with loved ones, family, friends, or just by yourself curled up with a good book, we all need to learn to push “pause.”

Defender: Is there a goal as an author you haven’t reached?

Tate Billingsley: As long as I’m on top of this soil, there will be a goal I have not reached. I am blessed to be doing something that I love but there is always room to do more. My hope is that as I continue to grow as a writer, I will be able to move into producing and developing my own films. In fact, my business partner and I are in the midst of bringing our book, “If Only for One Night” to film ourselves.

Defender: What is your secret to balancing motherhood and a multi-faceted career?

Tate Billingsley: I once wanted to write a book called “You Can Have It All.” I never got around to finishing that book because I realized that you can’t have it all. That’s not to say you can’t hold down several jobs, have a family, a social life, a church life, etc. But at some point, something will give. Most often it’s us. Our desire to “have it all” is killing us. I’ve learned to find balance by cutting myself some slack. My kids might have to have Oreos instead of homemade cookies, and I’m okay with that. I also don’t believe in idle time. I utilize every spare moment and I believe that every minute you spend talking about something you don’t have time to do could be spent doing it.

Defender: Have you already started on your 51st book? If so, what will it be about?

Tate Billingsley:My 51st book is done and with my publisher. It is called “The Stolen Daughter.” It’s a ripped-from-the-headlines story about a young woman who is caring for her mother who has dementia, then discovers she was kidnapped at birth. Her biological parents want the kidnapper punished, but how can she turn her back on the woman who raised her? It’s out next year. Like most of my books, look for the flavor of Houston all throughout the story.