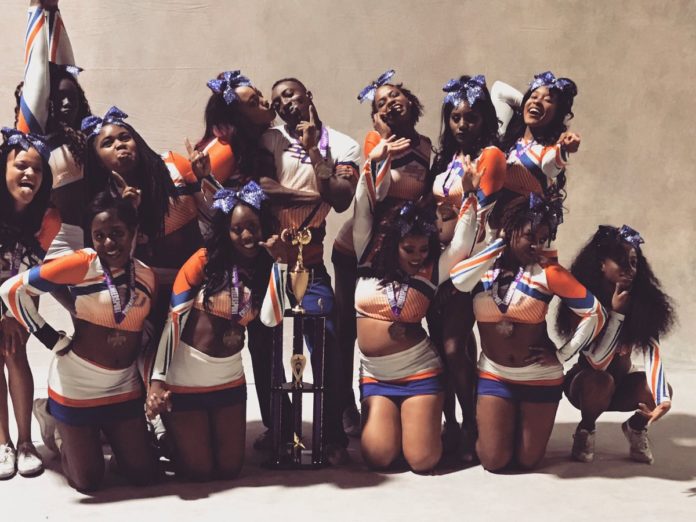 Savannah State University’s cheerleaders just made history in the world of competitive cheer.

The 12-woman, one-man squad earned the first place title at the CheerSport Nationals in Atlanta on Sunday, making them the first team from a historically black college and university to win this national cheerleading title.

We didn't know we were making history we were just having fun , working hard and making memories 🏆😍 #CHEERSPORT2017 #savannahstate #Champs4L pic.twitter.com/NwCheMDLBy

“We are very excited, ecstatic, just a feeling that you can’t explain,” senior cheerleader Morgan Moore told Savannah’s WJCL. “It’s indescribable, it’s just a great feeling to know that we’ve made history at our school.”

Dathan Gooden, the lone male on the team, told WJCL that they’re proud, especially since no one has seen them compete at that level.

“We didn’t know about it until like the last minute and thought about it when they were presenting the award, “ Gooden said. “And we were just like, oh, we are really, the first HBCU to win this, so we were very, very proud of that.”

This is the school’s first appearance at the competition since 2013, the local station reported.

A few cheerleaders expressed their excitement on social media by posting celebratory photos and videos.

the feeling is honestly indescribable 🎀#NationalCheersportCHAMPIONS

The team also got a Twitter shoutout from actress Gabrielle Union, head captain of the East Compton Clovers in “Bring It On.”