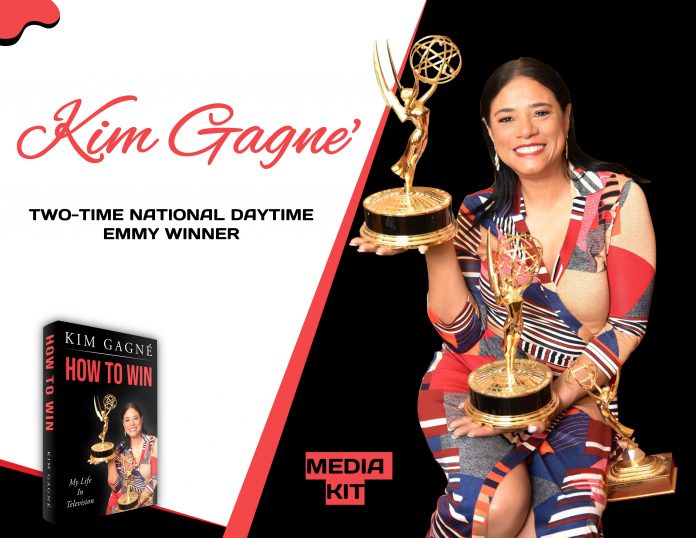 Growing up in Houston’s Fifth Ward, Kim Gagne knew she wanted a career in television. Not only did she achieve that, she became one of the most well-known behind-the-scenes TV professionals in the Bayou City.

But Gagne’s work couldn’t be contained to Houston. Her talents would soon be called upon on the national level.

Gagne specializes in producing pilots and test shows and has been the driving force behind some of Houston’s hottest shows, including “City Under Siege,” “Great Day Houston,” “Texas Justice: and “The Steve Harvey Project.”

Now, she’s compiling all of her collective experience into a new book, “How to Win,” and discussed it and her career with the Defender.

Defender: What is your book about?

Kim Gagne:I like to think the book is about reinvention, falling down and getting up, survival in a business that can be tough and gaining my confidence back after allowing and giving others permission to take it. The book also explores my early life growing up in a tumultuous household and finding out that the man I thought was my dad wasn’t and how that affected me. So, it’s really 80% journey and 20% television.

Defender: Why did you decide to write it?

Gagne:Let me be clear. The book was not my idea. Writing a book was never on my bucket list or my vision board. About a year after I left “The Steve Harvey Show,” my husband, Emilian White, suggested I write a book. He said, “You have a story to tell and it will help someone to know that they aren’t the only ones who are dealing with haters, self-doubt and reinvention.”

I was very angry because he put me with a publisher who was not taking no for an answer. Next thing I know, I am taking pictures for a book cover and the publisher is marketing the book that hadn’t even been written. At that point, I was an angry writer but now that it is done, I couldn’t be more thrilled. I really did tell all my business and it became a memoir instead of the inspirational self-help book I started.

Defender: What do you want readers to take away?

Gagne:I want the readers to take away that with hard work and a belief in God anything is possible. Your zip code doesn’t determine your worth.

What has been the most interesting thing about your career in TV News?

Gagne:Television is a who-you-know not what-you-know business [and a] very incestuous place. Everyone has maybe six degrees of separation. People hire who they know. Your hardest job getting in television news is the first one. After that you build relationships and you can go all over the world.The best part for me has been the friendships. I just met with some friends from Channel 11. It’s been 20 years that we’ve all known each other and we still get together and hang out.

Get the book at

Personal motto: “I can do all things through Christ who strengthens me.”

If she won a million dollars: “I wouldn’t tell anyone except my husband because he keeps good secrets…I would become debt-free, give to my church St. John Northwest, Legacy, Women’s Center, and FishesandLoaves. Pay off my daughter’s tuition and catch a plane to destinations unknown.”