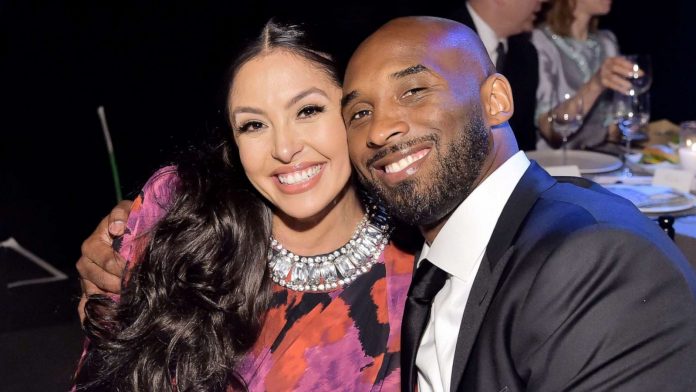 Vanessa Bryant is still her husband’s biggest fan even after his tragic death. On Tuesday, she took to social media to promote the latest book from Kobe Bryant entitled Season One.

The project is the second installment from the late legend’s children’s book collection The Wizenard Series and his wife couldn’t be prouder of the man who was just beginning to show the world his creative strengths.

It’s unclear how much of the collection Kobe was able to complete before he was killed in a helicopter crash alongside his 13-year-old daughter, Gianna, and nine others in January.

“Welcome back to Dren! We hope you are all ready to catch up with the West Bottom Badgers for another magical basketball season. The #Wizenard Series: Season One is OUT NOW,” she posted.

Welcome back to Dren! We hope you are all ready to catch up with the West Bottom Badgers for another magical basketball season. The #Wizenard Series: Season One is OUT NOW.🧡🧡🧡🧡🧡🧡#KobeBryant #GranityStudios #Kobeinc

Last month, the 37-year-old widow took to Instagram to post a gorgeous picture of her 17-year-old daughter, Natalia Diamante Bryant, in front of a mural that paid tribute to Kobe and Gianna.

“My babies,” Vanessa wrote in the caption that accompanied the picture of her eldest all glammed up in a blue polka dot dress. “Natalia #winterformal.”

There are murals all over not just Los Angeles but also the world of the father and daughter duo who tragically lost their lives along with seven other passengers in a helicopter crash at the end of January. Vanessa chose one with the late Lakers icon and her 13-year-old daughter at a basketball game.

In the painting, the proud “girl dad” is lovingly kissing Gigi on the forehead, as she smiles from ear-to-ear. From the hashtag in her caption, it appeared Natalia was heading to her winter formal and chose that special occasion to honor her dad and sister.