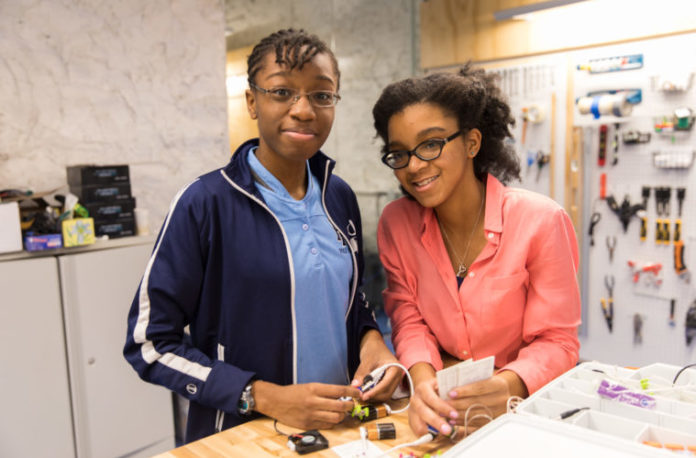 Statistics have historically shown that the STEM field is overwhelmingly white. Very white. And according to a 2013 report, the National Girls Collaborative Project, 70% of employees working in science and engineering are white. So while black, hispanic, and native workers make up 27% of the total United States population, they make up only 11% of STEM employees.

For women, especially women of color, these statistics are even lower, with only 10% of science and engineering jobs occupied by minority women, according to the National Science Foundation.

Some women are working to change that.

With figures like Reshma Saujani, founder of Girls Who Code, pioneering the modern drive for increased representation in STEM careers, more women are speaking out about their experiences. These women work in a wide array of careers, ranging from physical sciences, math, and engineering. Information technology is another fast growing niche, encompassing hundreds of different job types and various sectors of the STEM fields.

A recent feature by Reporting Texas highlighted Vanessa Wyche, a 53-year-old African American woman working as NASA’s director of Exploration Integration and Science. With recent films such as “Hidden Figures” highlighting the unseen women of color holding together the space program, Wyche said in a statement that greater visibility of minority women in STEM can lead to greater action.

“With ‘Hidden Figures,’ it was seeing these women on the screen and seeing that this is something that could be done,” Wyche said. “And it’s that connection between seeing and believing and then doing something.”

This type of visibility may be proving effective for some young female STEM innovators. Kavya Kopparapu, founder of Girls Computing League, recently spoke at the Washington D.C. “March For Science,” Democracy Now! reports. In her speech, she urged the crowd to consider the implications of a future without computer science.

“To compete as a country, we need to compute. Without computer science, our economy would come to a halt. Innovation in medicine would cease,” she said. “Our space program would not exist. Like, hope for a greener future would be crushed. Computer science is the foundation for the future. It’s a future of robotic surgeries, driverless cars, artificial intelligence, virtual reality.”

She added that women of color need to be the leaders of this innovation. While the effectiveness of the average laboratory is measured by the process they follow and the equipment they have, a crucial third factor is the people who are working there. Kopparapu emphasized that she would like to change this demographic, and her nonprofit aims to empower young women and encourage diversity in STEM.