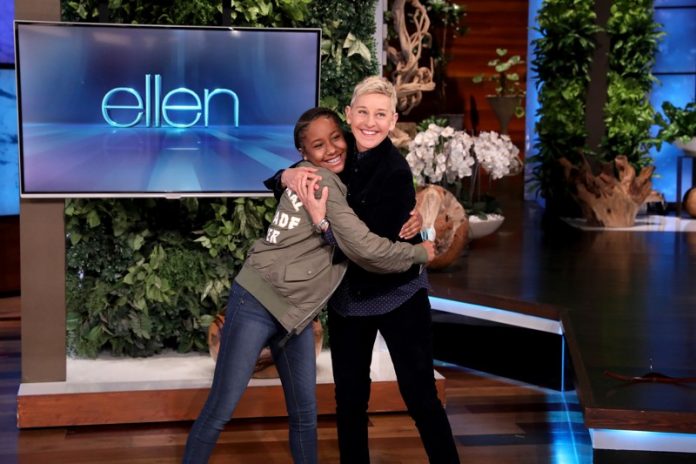 The last few weeks have probably been a whirlwind for Jalaiah Harmon.

The 14-year-old is credited with choreographing the viral “Renegade” dance, which landed her on The Ellen DeGeneres Show Thursday.

She was able to perform the dance, set to K Camp’s song “Lottery,” alongside Stephen “tWitch” Boss, a hip-hop dancer who also serves as DJ on the hit talk show.

After performing the dance, Ellen asked Harmon how long it took her to come up with the dance, to which she replied: “It only took about 5 to 10 minutes, but it took a lot of tries. It was right before dance, so I had to really rush.”

Ellen presented Harmon with a jacket that read “the original Renegade dancer” on the back, with her name on the front. Each pocket had $1,000 inside, for a total of $5,000.

The classically trained dancer choreographed the dance in September 2019, but failed to receive proper credit for coming up with it, which became hugely popular after white Tik Tok influencers popularized the dance online. Harmon was invited to perform the dance at the 2020 NBA All-Star game, but she was a late addition to the festivities.

“[The] league initially invited several white Tik Tok influencers — including Charli D’Amelio and Addison Easterling, who had popularized the dance — as part of the festivities. Harmon, who is black, was absent among the invitees, and that absence was met with anger online,” SB Nation writer Zito Madu pointed out.

We can’t wait to see what’s next for the original “Renegade” dancer.