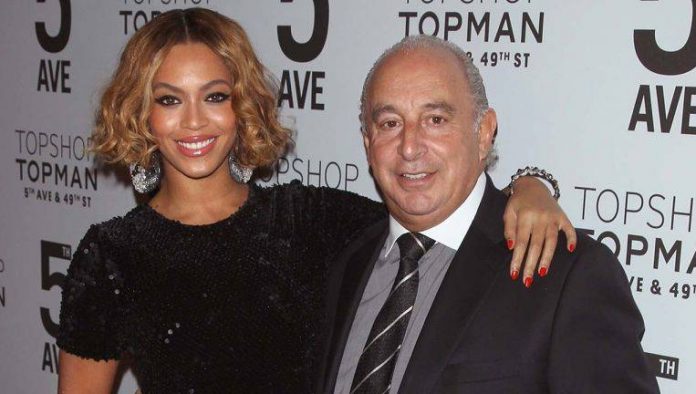 The Grammy Award-winning singer teamed up with Topshop in 2016 to market her athleisure line of designer wear such as leggings, sports bras, T-shirts, and accessories, getting a 50 percent stake in the venture.

After learning of the allegations against Green, the singer cut ties with the company in a multimillion-dollar buyout. An Ivy Park spokesperson released a statement saying, “After discussions of almost a year, Parkwood has acquired 100% of the Ivy Park brand. Topshop/Arcadia will fulfill the existing orders.”

The allegations of sexual assault and racial abuse against the billionaire came out last month, and since then activists have been demanding that Beyoncé cut ties with the company. Activist and member of the Equality Now campaign Yasmeen Hassan said, “Beyoncé has put herself forward as a women’s rights activist. She and her team need to look closely at these allegations.”

Green has denied the allegations of harassment. The British businessman claimed that the accusers may have mistaken his “banter” but “there was never any intent to be offensive.”

Topshop brand director Jane Shepherdson described Green as a “bully” and that his behavior was “worse than most.”