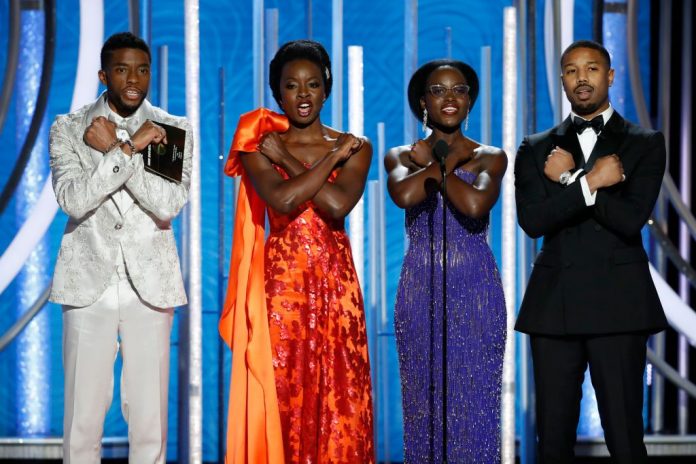 Hollywood’s Black star power was on prime time for the 76th Annual Golden Globe Awards in Beverly Hills, California. In one of the awards show’s most diverse ceremonies, a handful of Black actors, actresses, directors, producers and movies all received their just due and then some.

At the end of the day, the awards show’s Blackest films — “Black Panther,” “BlacKkKlansman” and “If Beale Street Could Talk” — all lost in the Best Picture — Drama category to “Bohemian Rhapsody.”

But not all was lost. Among the big-time winners was Regina King, who took home the award for Best Supporting actress for her role the motion picture adaptation of James Baldwin‘s novel, “If Beale Street Could Talk.” During her acceptance speech, King got emotional while vowing to make all of her future cinematic productions at least 50 percent female.

“Black Panther” also continued its moment in the sun, although the third-highest grossing film of all time failed to win any Golden Globe Awards Sunday night. The movie’s “All the Stars” lost for “Best Original Song,” but the film’s stars were still out in full force and even took the stage to do their signature “Wakanda Forever” hand signal.

Black Hollywood royalty was in the house too, as John David Washington brought his parents, Denzel and Pauletta Washington, to the awards show. The younger Washington was nominated for Best Performance by an Actor in a Motion Picture — Drama for “BlacKkKlansman,” but he lost. However, the nomination was a triumph in itself and bodes well for his future in Hollywood.

Another noteworthy victory was had by Mahershala Ali, who won Best Performance by an Actor in a Supporting Role in Any Motion Picture for “Green Book.”