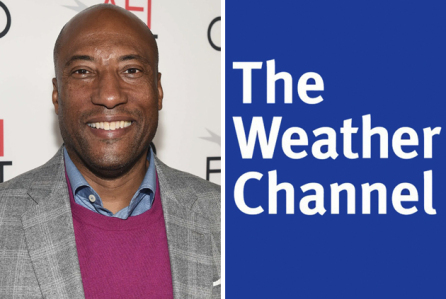 The Weather Channel is under new ownership.

“The Weather Channel is a phenomenal asset,” Allen said in an interview. “It is the No. 1 weather news network in America. It’s a network that’s very important, that provides us information to protect our families and our lives.”

The purchase price for the channel and Local Now, a news streaming service, reportedly was $300 million. Entertainment Studios declined to confirm the figure.

Bain, Blackstone and Comcast-NBCUniversal bought the Weather Channel Cos. from Landmark Communications in 2008 for a reported $3.5 billion. The new owners sold digital assets including the Weather.com website for a reported $2 billion-plus to IBM in 2015.

Allen called the Weather Channel “an American treasure” that he intends to expand.

“We’re just honored to be able to own and take it to the next level,” he said. “They’re already doing great, we’re just going to invest more to position it for greater success” domestically and internationally.

Meteorologist Jim Cantore is among the familiar faces at the basic cable channel that’s available in more than 80 million North American homes.

Entertainment Studios owns seven TV channels, including Comedy.tv and Justice Central.tv, which are distributed online and by pay-TV providers.

It also owns TheGrio.com, a website devoted to African-American stories and issues.

Allen said the purchase of the Weather Group was completed Thursday morning through his company Allen Media LLC.