Actor and comedian Faizon Love is not here for it. On Tuesday, Love was arrested after he reportedly laid the hand of Zeus on a valet at a Columbus, Ohio, airport. On Wednesday, Love pleaded not guilty to misdemeanor assault—and, more importantly, video of the incident was released to the public.

While it is unclear as to what happened, video does show Love laying the “WorldStar” treatment on a 24-year-old man in baggage claim.

According to the Associated Press, Love grabbed the man’s neck and threw him to the ground. The video appears to show Love slamming the man’s head into a desk before the altercation was broken up. Love was held overnight and released on $2,000 bond.

Defense attorney John Moore told AP that the two had a disagreement over payment.

Love is scheduled to make appearances at a Columbus comedy club next week, AP reports. 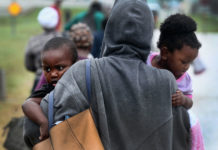 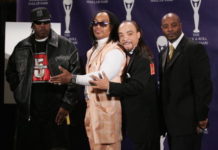