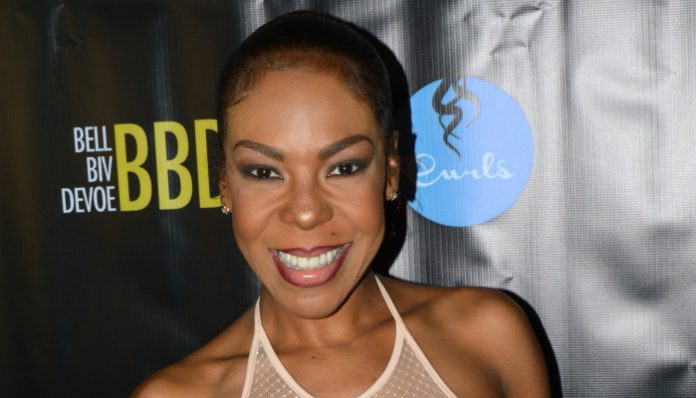 Andrea Kelly, who used to be married to R. Kelly and has three children with him, said she’s been disrespected by a lot of women since talking about the alleged abuse she suffered during their marriage.

She first started giving details about it in 2018 during a series of interviews and was also one of the women in “Surviving R. Kelly,” the docuseries where many of Kelly’s alleged victims talked about their time with him.

And on Thursday’s episode of “Growing Up Hip-Hop: Atlanta,” Andrea Kelly talked about how difficult it’s been for her to move past the alleged abuse, because her ex’s name is always in the press.

“As soon as I feel like, ‘OK, I got me and the kids, we got a level of normalcy, life is going,’ some headlines [appear]. Being arrested, to new evidence surfacing, to him not paying child support,” she told Deb Antney. “I’m like, ‘What?’ And what’s worse is I find out like everybody else. I’m on social media, my phone is like, ‘ping, ping.’ I’m like, what is going on?”

She also brought up some of the alleged abuse during a confessional.

“These past few months have been a roller coaster of emotion,” said the 45-year-old mom. “When I think about the ways that I have been abused by Robert, from being hogtied, having both of my shoulders dislocated, to being slapped, pushed, having things thrown at me, the sexual abuse, the mental abuse, words can’t even describe.”

“There’s some things that I don’t even speak anymore, that I feel like once you give it to God, you better leave with God,” she added. “Because if I don’t leave it with God, I’m definitely going to be somewhere with my hands on the glass, visiting my children every other Sunday.”

In the next scene, Andrea Kelly told Antney how much she appreciated her support, because other women have come down on her for talking about the disgraced singer.

“I wish more women had somebody like you,” said the reality star. “You really do know the sh-t I have been through, and this sh-t I been going through lately with Robert all in the press.”

“Man, if I didn’t have women like you, I think I would be done with females,” added the Chicago native. “Because they had attacked me in such a way, and here I am putting myself in a position because I want to help women and they are attacking me.”

In February, Kelly was charged with 10 counts of sexual abuse after being surrounded by years of allegations about physically, mentally and sexually abusing women.

And in May, he was slapped with 11 new sexual misconduct accounts after witnesses testified before a grand jury in Illinois. Kelly is now facing 30 years in prison, and he’s maintained his innocence.