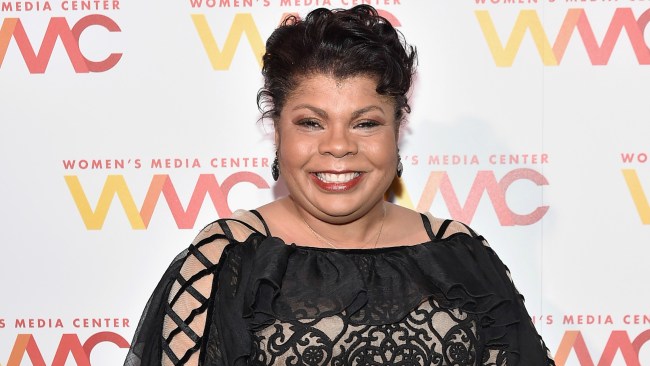 She also opened up about the internal struggle she faced after the infamous incident with then-White House press secretary Sean Spicer.

Spicer (who Ryan noted is actually much younger than her) chastised Ryan during a White House briefing telling her “Stop shaking your head,” while she was doing her job.

“I remember talking to various people that night from the White House saying, ‘I think it’s time for me to back up,’ and they said, ‘You can’t,’” Ryan recalled.

Ryan admitted that she wanted to quit at the time, saying, “As I took the long drive from the White House fifty miles to my home outside Baltimore, I was trying to figure out my life… as a divorced mother of two young girls without working at the White House anymore.”

“I got home around 8:00 and I got a call from a gentleman by the name of Ryan Williams from NBC, and he said, ‘Have you seen it?’ and I said, ‘Seen what?’” she recalled.

She said that she was incredibly emotional at the time, so when she heard that Hillary Clinton had just sent her support, she could only say, “What?”

Ryan said she finally got a chance to thank Clinton for having her back last night, as the former Democratic presidential candidate also won an award and celebrated her 70th birthday at the gala.

Ryan also revealed that due to her persistent questioning of the current administration, someone made calls to her employer, American Urban Radio Networks, trying to get her fired.

But her bosses had her back.

“Because all of you believe in me, and have lifted me up in so many ways, I’m going to keep on.”

During her acceptance speech, Ryan went on to thank so many others for their support, noting she her journey from humble beginnings in Baltimore to covering four presidents in the White House.

“I’m gonna keep on questioning, I’m gonna keep on asking about issues pertaining to communities they don’t want to talk about, because as women, as minorities, we have the highest numbers of negatives in almost every category. And if I won’t, who will?”