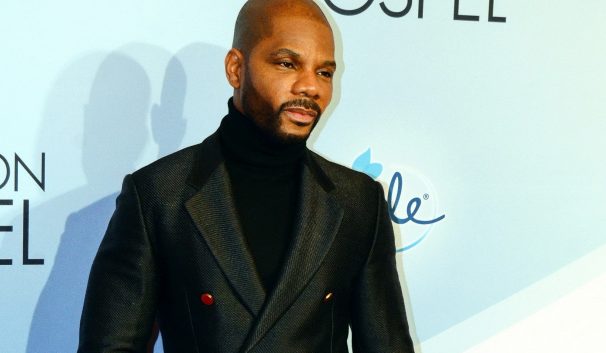 n October 20, the 50th Annual GMA Dove Awards aired on  aired on TBN. The show was taped on October 15 and they gave Kirk Franklin the gospel artist of the year award. During Franklin’s speech, he spoke about the tragedy of Atatiana Jefferson and police brutality. Despicably, his words were cut out and he is now protesting the awards.

Franklin said on his Instagram, “During my speech, I brought attention the murder of Atatiana Jefferson in her home by a white police officer. I asked everyone in the audience and those viewing to join me in prayer for not only Atatiana’s family, including her 8-year-old nephew who witnessed the killing, but also for the family of the police officer. Last week, during the airing of the awards on the same network, again, that part of my speech was edited out.”

He also added,“Not only did they edit my speech, they edited the African American experience” and called for a boycott of the Dove Awards. However, this also happened in 2016.

Gospel Music Association president Jackie Patillo issued a weak apology, which blamed the time constraints of the editing and added “We understand that many were disappointed because there were so many memorable moments and noteworthy portions of acceptance speeches absent.”

They eventually added,” With that said, we would like to publicly acknowledge that we are deeply apologetic for the missteps that happened relating to the editing of Kirk Franklin’s Dove Awards acceptance speech.  We accept the responsibility of our error.”

Blaming the omission on editing isn’t full responsibility but they continued, “Although completely unintentional, we understand it caused great harm and deeply wounded many in the African American and Gospel community. As well, it left a general perception that we are not concerned with key social issues that affect people of color.  It is not our intent to disregard or silence any of our artists, and we are deeply saddened by this perception and are committed to change this.”

On early Saturday morning, Oct. 12, an officer named Aaron Dean responded because a concerned neighbor requested a wellness check. Atatiana Jefferson died about 2:30 a.m. local time, after Dean killed her in her own home by shooting his gun through a window. Jefferson was playing video games with her nephew.

Bodycam footage showed that Jefferson was shot within four seconds of Dean arriving.