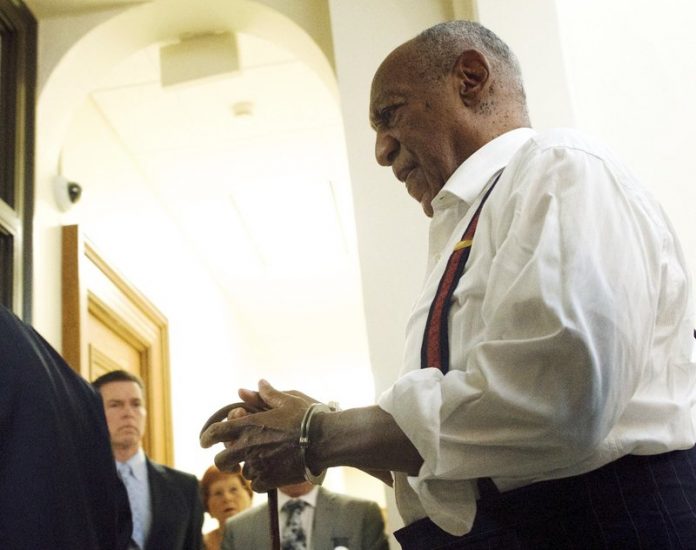 Bill Cosby is breaking his silence, granting his first exclusive interview since beginning his sentence at SCI-Phoenix, a maximum-security Pennsylvania penetentiary near Philadelphia.

In a special phone call with the National Newspaper Publishers Association’s BlackPressUSA.com, Cosby said he’s spending his time helping to teach and encourage a large population of African American inmates – men he calls residents – via Mann Up, a prison reform program.

The 82-year-old educator and award-winning TV producer/director/comedian was sentenced to serve three to 10 years in Pennsylvania’s prison system following his September 2018 conviction on charges of aggravated indecent assault.

Unless he receives relief from the state’s appellate courts, Cosby said he fully anticipates serving his entire sentence, saying he’s not guilty and will never admit to something he didn’t do. Displayed remorse is generally a required prerequisite to obtaining parole or a shortened sentence.

During the exclusive interview with NNPA, Cosby was candid, vivid and outspoken.

Andrew Wyatt, Cosby’s spokesman, was also on the call, where Cosby stressed that there would be no ground rules or restrictions. No topics were off the table for discussion.

“I have eight years and nine months left,” Cosby said. “When I come up for parole, they’re not going to hear me say that I have remorse. I was there. I don’t care what group of people come along and talk about this when they weren’t there. They don’t know.”

He said his trials were a sham, unjust and unfair.

“It’s all a set-up. That whole jury thing. They were imposters. Look at the woman who blew the whistle,” he said, alluding to the potential juror who overheard a seated juror proclaim before the trial that, ‘He’s guilty, we can all go home now.’ This is political. I can see the whole thing. I am a privileged man in prison.”

Cosby referred to his small cell as “my penthouse.” He revisited his famous 2004 “Pound Cake” speech and clarified that he probably should not have addressed that controversial dissertation to all African Americans. (During the speech, he lashed out at single mothers, sagging pants and names like Shaniqua, among other things).

A weekly highlight for Cosby since his incarceration has been the reform program, Mann Up, where he is often the featured speaker. The program serves to encourage and empower African American men to strive for self-respect and dignity, and to put their family first.

Cosby says it’s easy to see the devaluation of the Black family by others. He said the shelving of his iconic “The Cosby Show” is proof that those in power have long conspired to remove anything positive from the Black community.

“When ‘The Cosby Show’ came on with the Huxtables, just think about it. While it was running, other networks and even the media were doing jobs on trying to belittle whatever it represented.”

He said that with “A Different World,” they really ramped up the rhetoric. “While new shows were coming and we had gone off the air – this is the worst time in the history of television – I remember hearing shows coming on advertising saying this is not ‘The Cosby Show,’ which is an indictment in itself.

“They did not like what ‘The Cosby Show’ looked like for us, and many of us traded into it. Now, look at what has happened. They’ve taken everything that I’ve done and swept it into a place where it would not be shown.

“Thank goodness for TV One and BET, but we’ve got to respect ourselves. We’ve got to have a very, very strong respect for our history.”

Behind the steel walls at SCI-Phoenix, Cosby said he’s at peace and reaching his fellow residents.

“I’m reaching them because they want to be reached. They’re in prison. I don’t forget a saying, one I quoted or read in a book, which says, ‘I don’t know the secret to success, but I do know the secret for failure.’

“You can’t please everybody. I have a feeling that these people [Mann Up participants] really want somebody. They have rappers here who are strong and spirited people. They don’t just blame people; they say, ‘we’ve got to do it.’”