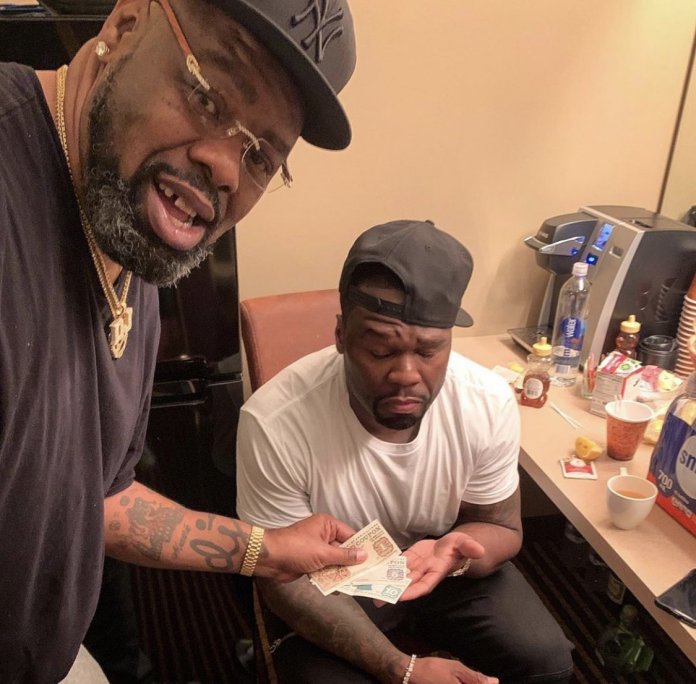 The number of folks who owe 50 Cent money seems to be endless and he’s not above calling out those on social media who have outstanding debts with him.

As noted by Complex, after demanding payments from Randall Emmett, Young Buck, Rotimi and Jackie Long— the rapper has turned his attention to hip-hop icon Biz Markie. The two recently performed at the Art of Rap Festival in Minneapolis, where 50 allegedly confronted Biz about his outstanding loan.

The “Just a Friend” rapper took to Instagram to announce he finally paid 50 back … but it wasn’t in cash.

And while the “Power” star looks less than amused in the pic, 50 shared a tweet in which he seems to laugh off the matter, suggesting that the two were simply having fun.