DefenderNetwork.com
Home ENTERTAINMENT Celebrity Bun B and Wife Open Up About Home Invasion and Shooting 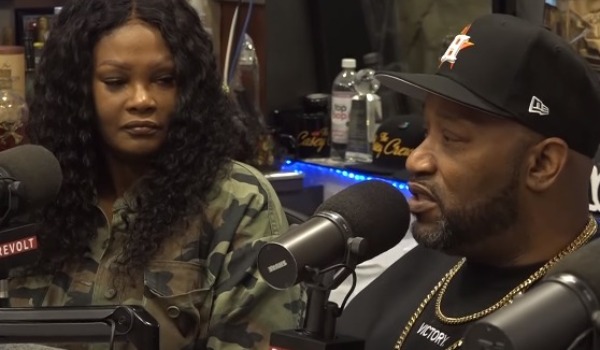 Bun B has been called a hero for shooting a home intruder last week in Texas, but he said his wife Angela “Queenie” Walls deserves all the credit.

The couple stopped by “The Breakfast Club” on Wednesday and discussed the incident for the very first time. Walls spoke first, and through tears admitted she was still struggling mentally from the ordeal.

“At the moment it was unreal, because we had just made it home within 20 minutes,” she detailed.

Walls then explained that she saw the intruder, later identified as Demonte Jackson, through her kitchen window but thought he was a neighbor. Then when the doorbell rang, she figured it was a delivery person and opened the door.

At that point, the suspect bursts into the house, pointed a gun at Wall’s head and threatened to shoot if she didn’t listen. Walls said that he started looking at the bedroom, so she offered up her Audi.

“I didn’t want him to take me into that bedroom and rape me, do whatever he wanted to do,” she explained.

The gunman eventually heard footsteps, asked Walls who else was in the house and told her to call Bun’s name.

Later, the suspect got inside the Audi, and that’s when Walls ran from the garage where she saw her husband.

“I don’t know what’s on the other side,” Bun recalled. “Then I look in the car I see his head and his body turn back towards me and that’s when I just let that thing go.”

The UGK rapper also explained why his wife’s actions were so heroic that day.

“I’m not the one who had to confront him in the moment, she was,” he stated. “And I’m so proud of her, not only for the way she handled herself, her only thought was to protect me. Because in the moment, her assumption is that this person has come to get me.”

“She doesn’t know it’s a random act at the time, so she thinks this person is coming to kill me,” he added. “So she’s like I need to hold this person here until Bun can get to the gun. And even if he kills me, I know Bun can kill him.”

Jackson, who was hit in the arm, fled the couple’s home on foot and was later arrested when he sought medical treatment for his wound at a Houston hospital. He was charged with two counts of aggravated robbery with a weapon and one count of burglary. Bun and his wife were physically unharmed.