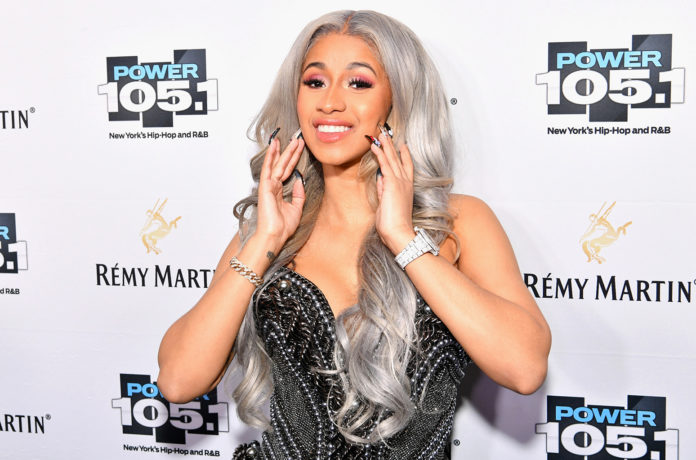 More and more Americans are being effected by the partial government shutdown as hundreds of thousands of federal employees are going without pay.

Donald Trump told supporters on Tuesday, “We’re going to stay out for a long time if we have to.”

As reported by CNN, JPMorgan Chase CEO Jamie Dimon on Wednesday called the shutdown a “self-inflicted wound” and “negative” for the economy.

Rapper Cardi B has added her voice to the chorus of critics weighing in on the ongoing shutdown, declaring “our country is a hellhole right now” after Trump reportedly demanded thousands of federal workers to return to work with no pay.

Cardi took to Instagram on Wednesday to give her take on the situation… watch the clip above.

“I don’t want to hear y’all motherf*ckers talking about ‘Oh, but Obama shut down the government for 17 days,’” she explained. “Yeah, b*tch, for healthcare so your grandma could check her blood pressure and you bitches can go check your p*ssy at the gynecologist with no motherf*cking problem.

“Now, I know a lot of y’all don’t care because y’all don’t work for the government or y’all probably have a job. This shit is really f*cking serious, bro, this shit is crazy. Our country is in a hellhole right now: all for a f*cking wall.

“We really need to take this serious [sic],” she continued. “I feel like we need to take some kind of action. I don’t know what time of action, b*tch, because this [is] not what I do. But b*tch, I’m scared. This is crazy and I really feel bad for these people who gotta go to f*cking work to not get motherf*cking paid.”

Trump has assured his base that he would convince Mexico to finance his border wall. But the so called master negotiator was unable to deliver on that promise. So now he’s holding the country hostage until Congress approves a $5.7 billion budget to begin construction on the project.

“You promised these f—ing racist rednecks that you was gonna build the wall, but you know that was impossible,” Cardi B said in the Instagram Live broadcast. “But they voted for you and you promised them this s–t so now you have to do it.”