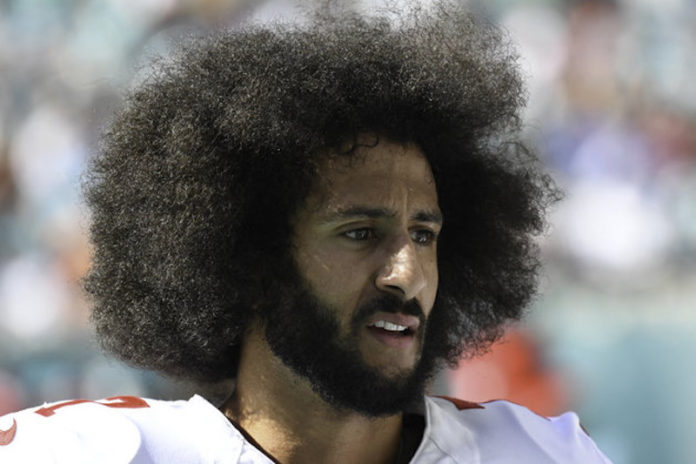 Teresa and Rick Kaepernick, both white, spoke highly of their son’s decision and condemned the criticism he has received in the past months in a statement to The Undefeated on Friday.

“Colin is carrying a heavy load and following a difficult path that he truly believes in. He is putting his entire future and possibly his life on the line for those beliefs,” they said in the statement. “As his parents, it pains us to read articles and tweets saying that his family does not support him; this could not be further from the truth. We want people to know that we are very proud of our son and admire his strength and courage in kneeling for the rights of others.”

The couple, who adopted Colin at 5 weeks old, admitted that, initially, they were “surprised as anyone” at Colin’s decision. But after Colin began receiving racist backlash — in the media, on Twitter and at his parent’s home — they said they gained a better understanding of America’s racial climate.

“We were truly shocked at the amount of racist hatred out there! Until this had occurred, we had naively believed that the racial atmosphere in this country was far better than it actually is. Prayer and talks with our son gave us a much better understanding of the reason for his protest and how we should view it.”

Teresa and Rick told The Undefeated that they were hesitant about speaking out and gaining public attention. But after three months of Colin’s protest, they wanted to clear up any falsehoods that they didn’t support their son.

Since he began his protest, a few NFL executives, a police union, a former presidential candidate and many others have criticized Colin for his protest. Colin’s parents said the critics “do not understand his point.”