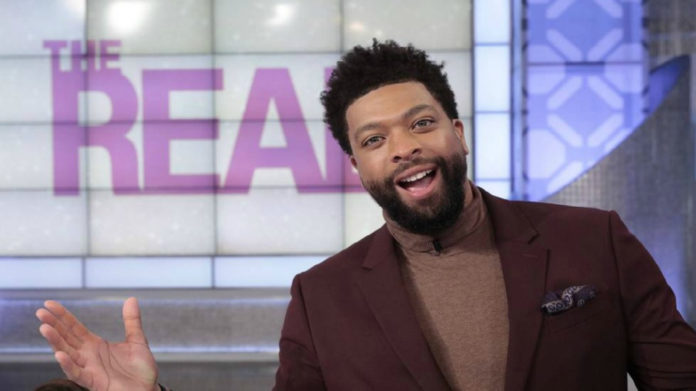 Every other day, it seems, we’re learning about new ways individuals choose to do relationships, and DeRay Davis is one of the latest celebs to share the interesting arrangement he has with two women.

In an appearance on “The Real,” the comedian said he has two live-in girlfriends, one who he’s been with for five years and the other for two-and-a-half.

“They’re very comfortable, cause I’m very open,” he said of his polyamorous arrangement. “I don’t make it where it’s all, ‘Oooh, look what I’m doing!’ I’m not a player.”

DeRay actually let viewers deeper into his “three-lationship” with 24-year-old Coco Crawford and 26-year-old Caro Peguero on the Oxygen docu-series “Living with Funny” last year. At the time, the Chicago native told the Chicago Tribune of his relationship, “It’s like a dream, I cannot lie. Two beautiful girls, getting along…”

As for Loni Love’s take on things, she told her audience, “I believe in having a spare, but I don’t believe in living all together.” In DeRay’s eyes, however, being together in the same space is the way to keep things honest.

“If you have something separate, that separate becomes a secret,” he said before Loni interrupted, explaining, “It’s not a secret if everybody knows each other. I just can’t share another space with another woman in the same house, but if you taking care of the bills, I can understand that.”

As a retort, DeRay said he and his ladies are comfortable with people criticizing or not understanding their arrangement, likening the backlash to people feeling like gay people shouldn’t be allowed to be married “years ago.”

Check out the convo in the video below.