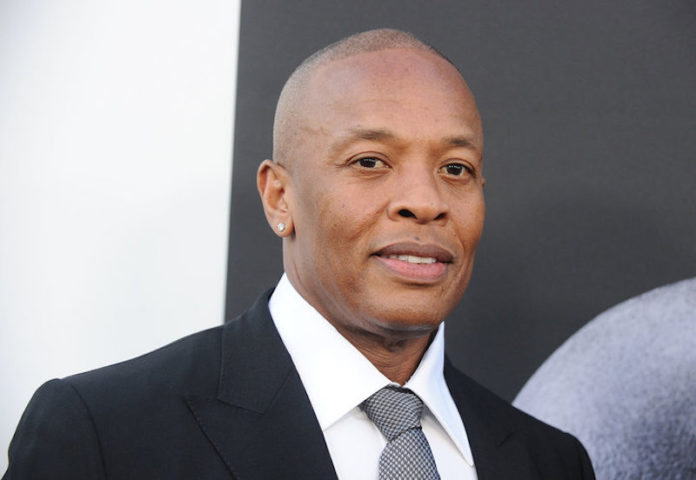 In 2015, after the release of the rapper’s biographical film “Straight Outta Compton,” Barnes wrote a scathing op-ed in which she detailed a traumatic experience with Dr. Dre at a Los Angeles nightclub. According to Barnes, the former NWA rapper severely beat her, attempting to throw her down a flight of stairs, stomping on her fingers, and throwing her down a flight of stairs.

Barnes sued  Dr. Dre and the case was later settled out of court, but at the time, the rapper refused to apologize for assaulting her. He said in a Rolling Stone interview at the time:

“I just did it, you know. Ain’t nothing you can do now by talking about it. Besides, it ain’t no big thing — I just threw her through a door.”

In 2015, when details about his assault against Barnes and also ex-girlfriend Michel’le resurfaced, the music mogul issued a brief statement to the New York Times in which he apologized to the women he hurt and added, “I deeply regret what I did and know that it has forever impacted all of our lives.”

Now, in the second part of his new HBO docuseries “The Defiant Ones,” which aired on Monday, Dr. Dre has gone in-depth in addressing the Dee Barnes incident.

“Any man that puts his hands on a female is a f**king idiot,” Dre says in the Allen Hughes-directed docuseries.

The rapper explained that he himself experienced abuse as a child, and watched his mother get abused, which makes his actions in the past doubly egregious.

“There’s absolutely no excuse for it. No woman should ever be treated that way.”

The 52-year-old said the assault had been like a “dark cloud” following him throughout his career.

It’s important to acknowledge, though, that Dr. Dre has continued to enjoy a lucrative career despite his past. One can only imagine what kind of “dark cloud” Dee Barnes has endured watching him continue to find success in spite of what he did.