DefenderNetwork.com
Home ENTERTAINMENT Celebrity Dwyane Wade to be a Basketball Analyst for TNT after inking multi-million... 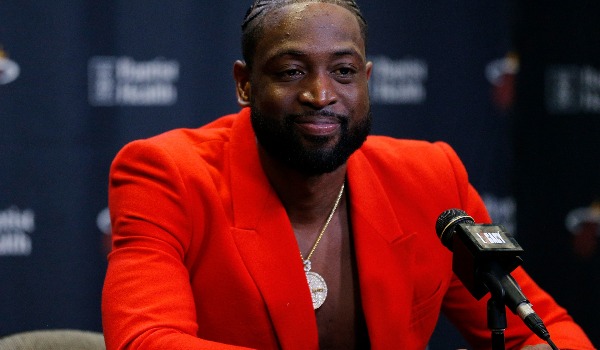 Dwyane Wade and his wife Gabrielle Union may have been popping champagne in celebration not too long ago. Because it was recently announced that Wade signed a new deal to be a basketball analyst on TNT, as well as a producer. And he’ll start this season.

The retired NBA star reportedly signed a multiyear, multi-million dollar deal with TNT and Warner Media. And on big events, like possibly the All-Star game and Finals, he’ll be part of the network’s “Inside the NBA,” with Shaquille O’Neal, Kenny Smith, Charles Barkley and Ernie Johnson Jr.

Wade will also join O’Neal and the WNBA’s Candace Parker as a regular commentator on TNT’s Tuesday broadcast.

Back in April, it was reported that there was a bidding war between Warner Media and ABC/ESPN for Wade. Some may recall that the 37-year-old provided commentary for ESPN in 2015 when the Cleveland Cavaliers lost to the Golden State Warriors in the NBA Finals.

Plus, the former Miami Heat player will be an analyst for the NCAA’s Final Four, which is broadcast on both Warner Media sports channels and CBS Sports. And through his production company 59th & Prairie Entertainment, Wade will produce lifestyle and entertainment pieces with Bleacher Report.

Wade made his first appearance as a Warner Media employee Tuesday, on the NBA’s opening night.

“I am truly honored to be a part of this TnT family,” he wrote Tuesday on Instagram. “I’ve sat back and watched you guys for years create TV magic. I’ve watched this network give former players a voice and current players a platform.”

“As a leader I’ve always tried to empower and uplift the next generation and this platform gives me the stage to do that,” he added. “Thank you again to the Turner family for this incredible opportunity‼️ Coming January 2020.”

Wade retired from the NBA last season after playing for 16 years, and he has three championships under his belt, which he received in 2006, 2012 and 2013, all with the Miami Heat.