When Forever 21 released its most recent batch of clothes, the internet was quick to point out that the clothes were more than just inspired by Kanye West and his Saint Pablo Tour: they were basically knock-offs of tour merch.

The ‘new’ shirts all use the same font that can be found on West’s Pablo merch, and as the internet pointed out, one of the shirts bearing the recognizable font even has the word “Saint” on it.

It wasn’t long at all before Black Twitter erupted all over Forever 21’s obvious plagiarism, dragging the brand not only for its lack of creativity but for the blatant stealing.

Of course, this isn’t the first time Forever 21 has tried to copy off of West’s work. Back in September, at the height of Pablo popularity, they were using the same font. One shirt even went so far as to copy the “I feel like Pablo” look, slightly changed to say “I feel like pizza.” Marta Freedman, the designer, told the Huffington Post that her design “was made as a nod to Kanye” and “Forever 21’s shirt was made to make money,” but many people noted that it was a direct rip-off of one fan’s design with the same words.

Come on, Forever 21. Get your own ideas.

Apparently forever 21 has a shirt in the "i feel like pablo" font and arrangement that says "i feel like pizza." Im at a loss for words. 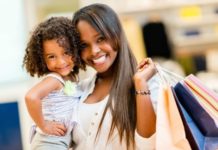 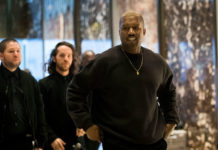