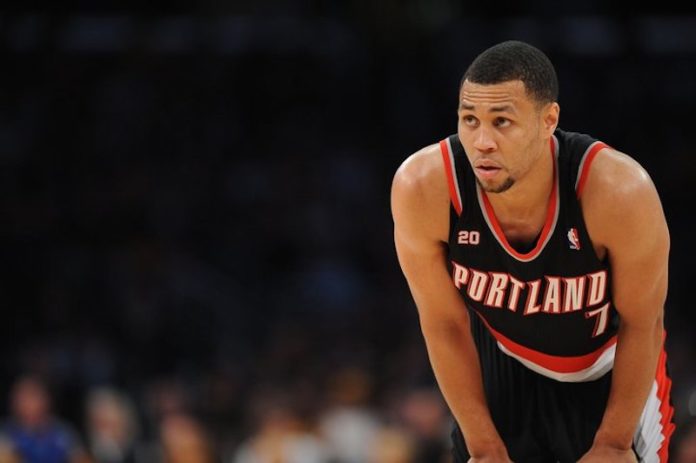 Former NBA star Brandon Roy risked his own life to save those of the children around him during a shooting in the Los Angeles area over the weekend, someone with knowledge of the situation has told USA Today’s Sam Amick.

Roy, 32, was outside his grandmother’s home when someone began shooting. Roy, a bystander, was reportedly shot in the leg while shielding the children around him.

Roy is expected to make a full recovery and is already back in Washington state, where he coaches the Nathan Hale High School basketball team.

In reaction to the news, the Portland Trail Blazers, the team with which Roy made his name in the NBA, issued a statement of support for their former star.

“Like many others, we’re just learning of the injury suffered by former Trail Blazers player Brandon Roy in a shooting over the weekend in California,” the team said. “Our thoughts and prayers are with Brandon and his family during this time.”

Roy had a short but spectacular career in the NBA. Three times in his first four seasons, he was selected to the All-Star team. However, he was dogged by knee problems that eventually forced him into retirement in 2012.

Our thoughts are with Brandon Roy and his family at this time.