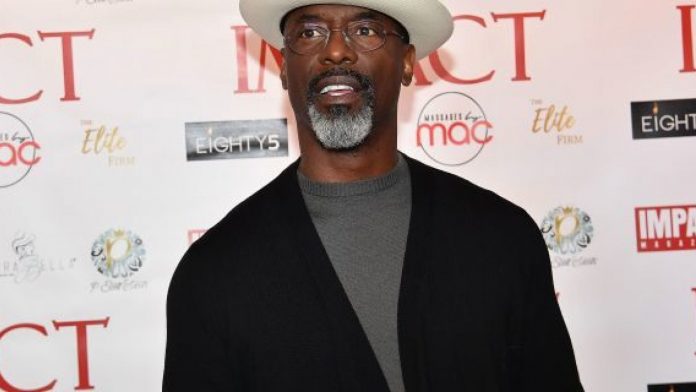 Ever since Isaiah Washington was fired from “Grey’s Anatomy,” his career has been struggling. Similar to Stacey Dash, when the checks stop coming there is only one thing to do — become a Republican. Well, Washington is now a Trump Republican and is excited about his increase in social media followers.

Washington went out of his way to praise the First Step Act and decided to take a dig at President Barack Obama, who made more criminal justice reforms than any president in U.S., which is why Trump has rolled back all of his progress.

“I voted for 44 twice,” Washington tweeted Monday. “I even checked my emails in his Senate Office while lobbying for Salone to be given another chance to rebrand. Not once in 8 years was I given any support regarding Africa or the Black Agenda, but 45 invites me to the WH to celebrate the #FirstStepAct.”

Who knows why Washington thinks he is the one who should get support from Obama (Kanye was also upset that Obama didn’t call him) when there were plenty of people doing work with Sierra Leone and his work with African nations is well-documented.

Washington also wrote, “Those who know, know that I’m not a Democrat or a Republican. I will work w/h anyone as long as things get done. The #FirstStepAct was passed on December 21, 2018 w/h the hard work of @JessyMichele  @LouislReed @VanJones68 and @cut_50 I’m proud to stand with them all today.”

He is also calling for Trump to tackle reparations, which means Washington is a bigger fool than suspected if he believes the president gives a damn about reparations. “@realDonaldTrump you freed 3,000 Federal Prisoners, got 16,000 in drug rehabilitation programs and now you just need to deliver #Reparations2020 #FirstStepAct.“

Washington was also doing the happy dance that aligning himself with the white supremacy that has gotten him more followers, “S/O to my 3,122 new Followers. I see you! Thank You and Welcome to my #Truthdom.”

Washington doesn’t seem to know or care that Trump has actively rolled back Obama-era prison reform policies. For example, the Justice Department will use private prisons to house federal inmates, which reverses an Obama-era policy.

As The Washington Post reported, the Trump administration has “Overturned the sweeping criminal charging policy of former attorney general Eric H. Holder Jr. and directed his federal prosecutors to charge defendants with the most serious, provable crimes carrying the most severe penalties reports.”

Trump also ended the 21st Century Task Force on Policing, commissioned by the Obama administration to address tensions between police and the communities they serve. Sessions and Trump rolled this back under their “law and order” mandate.

This is clearly what happens when the checks stop coming in. Maybe he and Stacey Dash can do a D-list movie together.