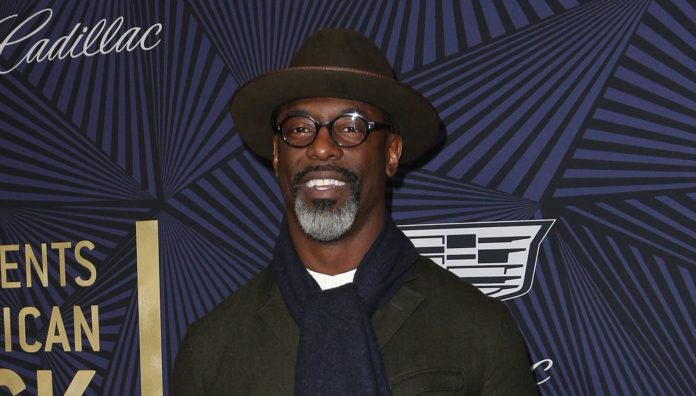 Trump supporter Isaiah Washington is proving that he doesn’t understand how racism works with a ridiculous interpretation of white people in America.

The actor appeared on Fox Soul’s “On the 7 with Dr. Sean” and one clip from the show has been making its way around Twitter. Washington tried to separate white people — or as he likes to call them “Caucasians” — who “meant us no good” from white people “that did mean well for us” claiming that the latter is still present today.

“And it’s very simple if you don’t understand,” he said. “For layman’s terms, what happens in the old 50s and 60s when bad people meant us no good that happened to be Caucasian that didn’t understand who we were that meant us no good?Frederick Douglass had a plan for that in 1854 with the abolitionists that did mean well for us who happened to be Caucasian. I believe that those, the DNA of the abolitionist spears that supported Frederick Douglass then, are still the children that will support us now.”

Washington then tried to use white people’s majority in this country as proof that some of them still love Black people because if they didn’t the majority would overrule the minority and we’d still be slaves or even worse, dead.

“If it indeed is in fact 61 to 65 percent white people, if that’s what you want to call them, in America, and 14 percent Black people in America — not Indigenous, not Latino, not Hispanics, not other — if they wanted us dead, 14 people against 65 people in a fight who do you think gonna win if those 14 people are not prepared tactically,” Washington questioned. “Something’s wrong in the math. If indeed America is completely racist and just mean us all ill-will, how’s it possible that we’re not slaves today? How’s it possible that we’re not dead? It’s 65 to 14? Someone’s lying.”

There were so many fallacies with Washington’s statement that only a MAGA lover could rationalize. First and foremost, he made percentage numbers represent actual numbers of people. Then, Mr. Washington didn’t consider that although slavery as it was in the 1800s is abolished, there are other forms of racial oppression in this country that could very well be attributed to well meaning and non-well meaning white people.

Racism operates differently today. It’s no longer legalized whips and chains, but Black people are still getting killed by racist police officers. Black people as a whole still don’t have nearly as much wealth as white people,  and the list goes on and on.

But water is wet and MAGAs are going to spew ignorance.