Jamie Foxx and Katie Holmes may want the world to think they’ve cooled on each other, but a source tells Entertainment Tonight that the two are very much still an item.

The actor recently surprised the 38-year-old actress with a congratulatory bouquet of flowers while she was on a press tour for “The Kennedys: After Camelot,” the source claims.

Rumors of the two being a couple date back to August 2013, after they danced together onstage at the 4th Annual Apollo in the Hamptons Benefit. Reports then claimed that he was spending “a lot of time” at her NYC apartment.

Years later, the two have still never been photographed publicly together and, according to ET’s source, that’s because Foxx and Holmes prefer to “cater in” their date nights.

“Jamie is also very private when it comes to his personal life,” the source added.

In May 2015, Foxx adamantly denied that he was dating Holmes during an exclusive interview with ET, just a few months after a photo of them holding hands at his home studio surfaced. “What I’ve learned about society today is that they’re so thirsty. Especially in tabloid world and social media world, they’re so thirsty to find any story,” he said. “Sometimes when you read the stuff, you’re like, ‘Wow! That’s so not true!’”

The following year, former “Real Housewives of Atlanta” star Claudia Jordan appeared to confirm Foxx, 49, and Holmes’ relationship on the “Allegedly With Theo Von & Matthew Cole Weiss” podcast. “He’s very happy with her,” he said of Foxx dating Holmes. “So I like that he seems very happy.”

Jordan later recanted, telling ET exclusively, “I have no knowledge of Jamie with Katie at all.”

“I’ve never seen them together,” she added. “He’s never told me he’s dating her.”

Foxx and Holmes’ have yet to confirm their alleged relationship. 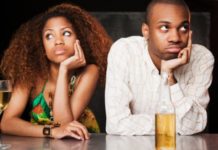