DefenderNetwork.com
Home ENTERTAINMENT Celebrity Jermaine Dupri seems to clarify the record about his discussion with Jay-Z... 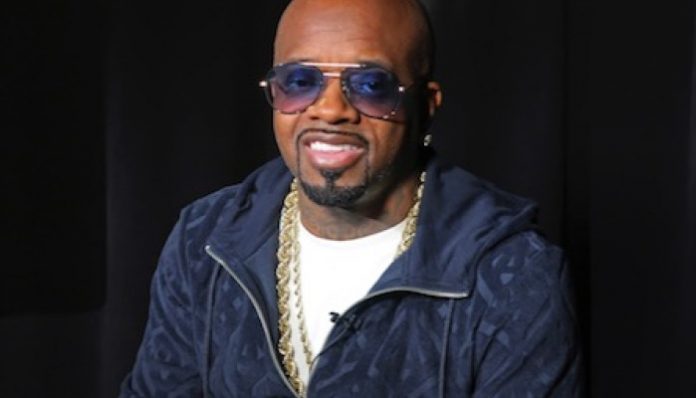 After Funkmaster Flex claimed Jermaine Dupri confirmed he got a call from Jay-Z about potentially working with the NFL, the So So Def founder appears to now be singing a different tune.

Flex tweeted Monday that he called up Dupri who “confirmed that when he was working with the nfl last year he did get a call from jayz asking him.. ‘how deep are u in with the nfl?’ expressing… ‘that might not be a good idea.’”

The tweet followed producer Bryan-Michael Cox explaining on his podcast a week ago that Jay-Z’s appointment to be the league’s “live music entertainment strategist” was the same deal offered to Dupri last year. Cox, however, alleged Jay “picked up the phone and called Jermaine to tell him not to do it.”

Now, after remaining silent on the matter, Dupri is addressing the hullabaloo, and Cox was there to address his now-viral remarks.

Joining Dupri on V-103’s “The Big Tigger Show” Wednesday, Cox admitted he was “a little inebriated” when he made his comments about Jay calling up JD and telling him not go for the NFL partnership.

“It wasn’t a diss or nothing like that. It was just based on a conversation. Jermaine’s my man,” he explained, noting he “saw the flak” JD caught when he spearheaded a series of pre-Super Bowl LIII concerts in Atlanta earlier this year.

“So, when I saw the news break, myself, Isaac Hayes III we were having a conversation on my podcast and that’s what came out,” Cox continues.

But Dupri remained quiet as the hubbub grew, and he planned on remaining silent, since he never said anything about the discussion to begin with.

“It’s interesting how people start talking. ‘Jermaine said, Jermaine said,’” JD begins. “I never said anything. … I’m not gon’ say anything because I didn’t say nothing and therefore, there’s no need for me to say anything.”

But it was after his pal Da Brat called him that he decided to speak out.

He also noted that Jay is “my man” and didn’t think that him speaking to his friend was “a secret.” Dupri also acknowledged Flex’s tweet saying “when I tell people [Jay] and I spoke, people run with that.” The producer also defended Cox, saying he felt his friend was speaking “in theory, because I was in the mix 100 percent.”

But while JD and Cox cleared the air, it doesn’t seem to have convinced the public online.

“All this stuttering and dancing around s–t along with B. Cox saying I was drinking and don’t take what I said serious. Make this whole interview seem SUSPECT.”