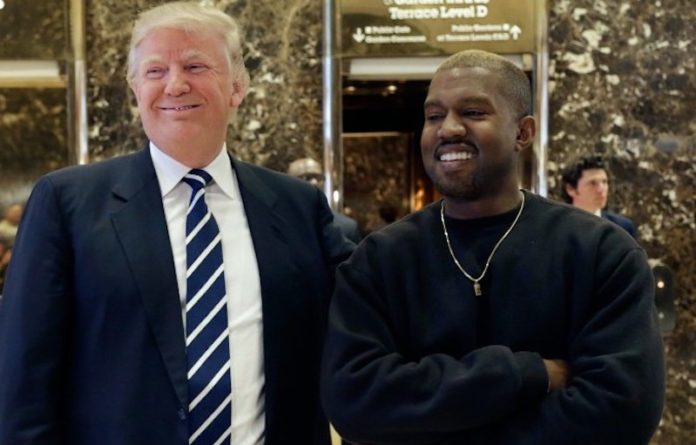 Kanye West showed us he was back in April when he said slavery was a choice, Malcolm X wasn’t relatable, Harriet Tubman shouldn’t be on the $20 bill and Donald Trump was his “dragon energy” brother. Now, he is apologizing.
In an interview with 107.5 in WGCI Chicago, West was asked about his anti-Black rants. The rapper said, “I don’t know if I properly apologized for how the slavery comment made people feel. I’m sorry for the one-two effect of the MAGA hat into the slave comment, and I’m sorry for people that felt let down by that moment. And I appreciate you giving me the opportunity to talk to you about the way I was thinking and what I was going through.”

Kanye also blamed the people in his team at the time, “The people who were around and are starting to make money, they just didn’t care about me as much. Because Kanye West was an entity, a money-making machine, and you get into that situation and you don’t have people that are continuously looking out for your best interests at all costs. Because I even had people that was with me at TMZ that could have stopped it. That could have said, ‘Yo, this is going too far.’”

Nonetheless, Kanye stood by his support of Trump, saying “Black people used to be Republican” and he knows Black people who voted for Trump but were “scared” to say it, which he claims is “thought control.”

Kanye also said, “I’ve never voted in my life because my voice is so strong, I never told people my opinion or my stance until after he won. I didn’t want to influence it, but I have the right as an American to have my own opinion.”

He claims wearing the racist MAGA hat assisted in Kim Kardashian helping to get Alice Marie Johnson out of prison. West also says Trump cares about “the way Black people feel about it.” We sure couldn’t tell by his insults to Andrew Gillum, LeBron James, Maxine Waters, Don Lemon and many others.

See the interview below, which starts at the 5-minute mark.

In case you forgot, Kanye posted this back on Twitter:

Kanye also told The New York Times that he was similar to Nat Turner, a revolutionary slave who led a historic rebellion on August 21, 1831, saying, “I think that my personality and energy mirrors Nat Turner, or it had in the past, but that showed me that also that Nat Turner approach would land me in the same place Nat Turner landed, and that I would be legendary but also just a martyr. But I guess we’re all martyrs eventually, and we’re all guaranteed to die.”