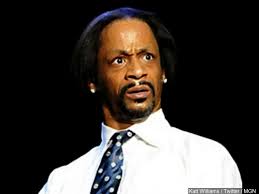 Katt Williams apparently placed trust in some people that were in his inner circle and they wronged him, which is what he explained in an interview earlier this month.

Williams sat down with former ESPN host Jemele Hill for her “Jemele Hill is Unbothered” podcast and said that through an investigation conducted by the U.S. Department of Justice he learned that some of his team members were stealing from him.

“In my search for who was the enemy that was causing all these things to repeatedly happen to me over and over again when they shouldn’t, we uncovered that it was actually my people that was involved,” Williams explained. “We didn’t really know that until the Department of Justice started indicting these people for the embezzlement of $59 million from Katt Williams.”

Williams then said that all of those people were fired, and afterward they kept “information” from him, which he implied had to do with a 2018 court date that he missed.

One of the last times the famed funnyman made headlines, was back in September when the husband of radio host Wanda Smith allegedly pulled a gun on him. It was after Williams dissed Smith on the “Frank & Wanda Morning Show” when he was a guest.

That was the same month he was arrested in Portland after being accused of assaulting a driver who picked up Williams and his dog from the airport.

In fact, Williams has been arrested a slew of times during his professional career, dating back to as early as 2006 when he was busted at LAX for having a gun in his briefcase.

As for his stolen money, the Ohio native said he wouldn’t have learned about it unless the DOJ conducted their investigation.

“This is the only reason that the Department of Justice and I are we’re all involved,” explained Williams. “They thought that I had found some way to sequester the funds until they actually dug in and realized, why would I be money laundering my money? It’s been a lot, and a lot of it you can’t really talk about. It’s ongoing.”