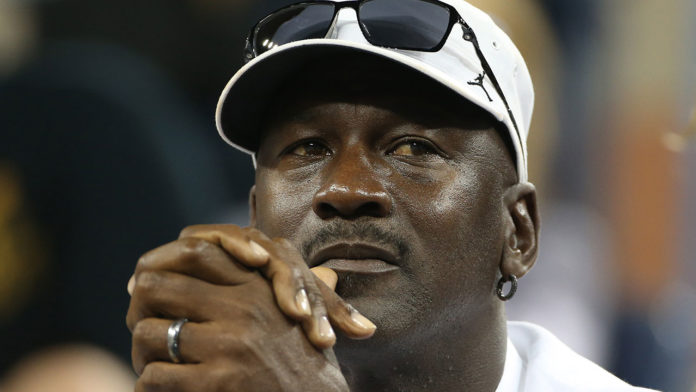 For  years, Michael Jordan has gotten criticism for avoiding all social issues in his basketball career. Whether it was race, poverty, or Black people being assaulted by the police — the NBA icon was silent at the height of his career. Now he explaining his logic at the time.

While talking to Craig Melvin of on “Today,” Joran said, “When I was playing, my vision – my tunnel vision – was my craft. I was a professional basketball player and tried to do that the best I could. Now I have more time to understand things around me, understand causes, understand issues and commit my voice, mu financial support to.”

He also said he wouldn’t change being less vocal in his playing days. Watch below:

Michael Jordan’s silence at the peak of his career was blaring. During the 1992 Los Angeles riots, which was due to a multitude issues, including the cops who assaulted Rodney King being acquitted, Jordan didn’t say a word.

He was famously slammed by former NBA player Craig Hodges, who said, “When they came to Michael after the L.A. deal went down and asked him what he thought, his reply was that he wasn’t really up on what was going on. I can understand that, but at the same time, that’s a bailout situation because you are bailing out when some heat is coming on you. We can’t bail anymore.”

Recently, Jordan has been more active. Two years ago, spoke out against Trump trying to censor sports stars. He told the Charlottesville Observer, saying, “One of the fundamental rights this country is founded on was freedom of speech, and we have a long tradition of nonviolent, peaceful protest. Those who exercise the right to peacefully express themselves should not be demonized or ostracized. At a time of increasing divisiveness and hate in this country, we should be looking for ways to work together and support each other and not create more division.”

However, in August 2018, when LeBron James was being attacked by Trump and Jordan was asked how he felt, he simply responded with, “I support L.J. He’s doing an amazing job for his community.” ESPN’s  Shannon Sharpe slammed Jordan, see below: