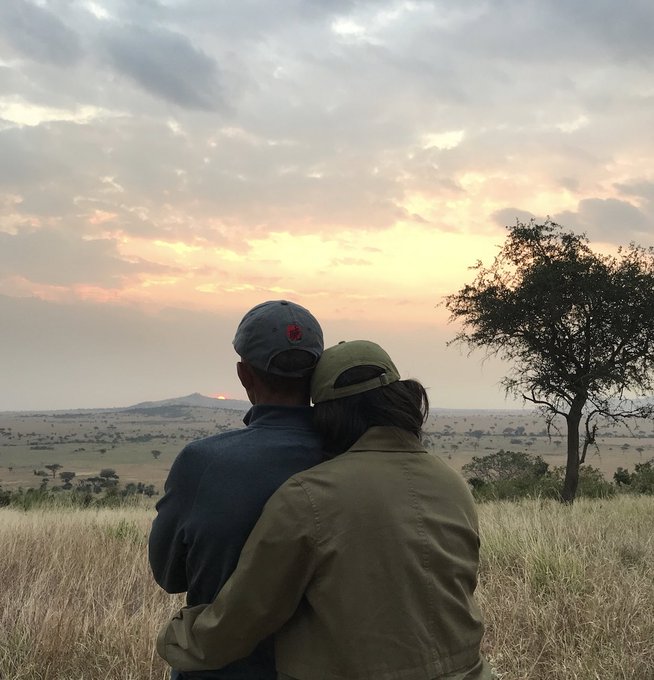 Michelle Obama shared a sweet anniversary message for Barack Obama, celebrating both their journey and their next chapter together.

The “Becoming” author marked their 27th wedding anniversary by tweeting that the former president has “delivered” on his promise that their lives would be “full of adventure.”REAL LIFE. REAL NEWS. REAL VOICES.Help us tell more of the stories that matter from voices that too often remain unheard.Join HuffPost Plus

“Here’s to our next chapter of becoming empty nesters and discovering what’s next—while still feeling the magic that brought us together all those years ago,” she wrote in the Thursday post, which included a photo of them enjoying a sunset together.

Malia left home in Washington, D.C., to attend Harvard University in the fall of 2017 after taking a gap year, and Sasha graduated from high school earlier this year.

Barack Obama also celebrated the special day Thursday by tweeting a photo of Michelle and him together and quoting a famous song:

“Like the Beatles said: ‘It’s getting better all the time.’ Thanks, babe, for 27 amazing years!”

Last year, the former president gushed over Michelle on their 26th anniversary, calling her an “extraordinary partner.”

“For 26 years, you’ve been an extraordinary partner, someone who can always make me laugh, and my favorite person to see the world with,” he wrote.

The former first lady wrote in response, “Each day I’m with you, I’m reminded of what a treasure you truly are to us all.”

The Obamas wed at the South Shore Cultural Center in Chicago on Oct. 3, 1992.