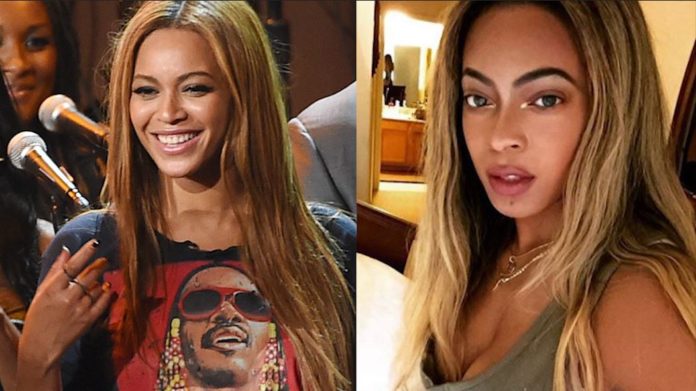 While it’s quite the glamorous and wealthy life, it can’t be easy being Beyoncé. We saw that this week when the star attempted to go to Target with her mother and daughter and found that going incognito was not so easy.

But if being Beyoncé is as complex as it seems, imagine the struggle it must be to look like and be mistaken for the star.

Detroit native Brittany Williams, who goes by SurB on Instagram, does bear a striking resemblance to the singer (she actually gives us both Beyoncé and Ciara vibes). She said in an interview with The Daily Mail that she deals with screaming fans all of the time.

“I get approached all the time; whether it be on planes, at the airport or while attending events,” she said. “I’ve also been chased, had pictures taken of me without my consent and pranks done without me knowing. A group of women once chased me and my friend to our car and began singing ‘Single Ladies,’ beating my friend’s car with the heels of their shoes until we rolled down the window and took a picture with them. Most people are generally friendly though and just want a picture, they often say I look like a younger version of Beyoncé.”

The attention used to bother Williams (her age wasn’t shared), who started getting compared to Beyoncé during the star’s Destiny’s Child days. But she’s learned to roll with it, and actually values the things that she says she has in common with Queen Bey.

“We both have southern roots,” she said. “My parents and her parents look like they could be related. She sings, dances, writes and I am gifted in the same ways; we’re both strong dominant women, fearless, and God fearing.”

“We’re simply blessed to have a woman with such grace, humility, loyalty, talent and worth ethic to exist in our time,” Williams added. “She’s the example of what men should seek, and girls should become.”