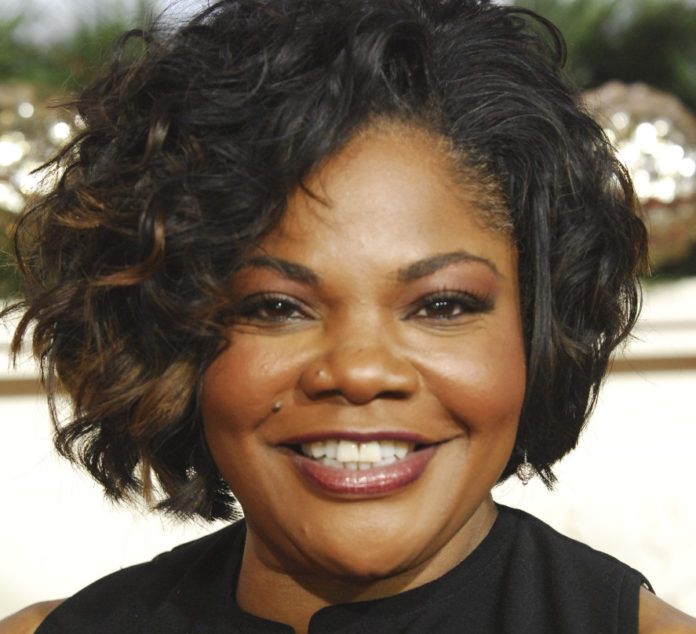 Mo’Nique is taking things to the next level with her fight against Netflix. Back in 2018, she requested people boycott the streaming service for “gender bias” and “color bias” and now she’s suing them. But does she have a case?

According to NBC News, the Oscar-winning actress and comedienne filed the paperwork in Los Angeles Superior Court on Thursday, accusing Netflix of racial and gender discrimination. She reintroduced her claims from 2018, claiming that the streaming giant tried to severely underpay her for a one-hour stand-up special after offering other talent tens of millions of dollars.

The suit explained that Netflix reportedly signed a $100 million deal in 2017 with comedian Jerry Seinfeld for an interview series and two stand-up specials. It also expressed how Netflix reportedly signed a deal with comedian Dave Chappelle in 2016 worth $60 million for three specials. Meanwhile, Monique said she was only offered $500,000 for her single comedy special.

“Despite Mo’Nique’s extensive résumé and documented history of comedic success, when Netflix presented her with an offer of employment for an exclusive stand-up comedy special, Netflix made a lowball offer that was only a fraction of what Netflix paid other (non-Black female) comedians,” reads the lawsuit, which seeks unspecified damages.

The lawsuit also lists Amy Schumer and Netflix’s reported $11 million offer to her in 2017 for an hour-long special. Schumer was even able to negotiate more ($13 million) by comparing the offers made to Chapelle and Rock.

The lawsuit didn’t stop here either. It also took shots at Netflix’s alleged lack of diversity in leadership.

The filing states Netflix’s Board of Directors has “historically lacked racial diversity and, instead, has been white-only for years. For years, the Board lacked even one Black member — let alone, a Black female” and highlights “in 2018 and 2019 respectively, Netflix reported that only 4% and 6% of its workforce being comprised of Black employees. In other words, while its senior management specifically lacks racial diversity, Netflix’s workforce generally also under-represents Black workers compared to the general population.”

In addition to all this, the suit accuses Netflix of mishandling incidents where a senior executive and an actor in a series used racist language. The streaming company reportedly allowed actor Kevin Spacey to repeatedly make racist statements, including use of the N-word, while he was starring in the Netflix series “House of Cards,” according to the suit.

The documents also claim that in early 2018, Netflix’s then Chief Communications Officer Jonathan Friedland used the N-word in a meeting. Various employees reportedly complained, reads the lawsuit, which eventually led to Friedland apologizing. However, Friedland reportedly met with Black human resources employees and uttered the N-word again in retelling his previous incident, says the lawsuit. Months later, Friedland was allegedly invited to speak in front of Black employees and he failed to apologize for his remark. It was only after this moment that Netflix fired Friedland, acknowledging that he “showed unacceptably low racial awareness and sensitivity,” according to the lawsuit.

Mo’Nique’s suit gave another example of gender discrimination when it brought up a pay disparity between actors Claire Foyand Matt Smith on the Netflix show “The Crown,” where it was revealed that Foy was getting paid substantially less than her counterpart on the series. This later resulted in an apology from show producers. Earlier this year, Netflix content chief Ted Sarandos told the Makers Conference in California that the backlash over the pay disparity led the company to review talent salaries in its original and third-party series and to initiate some pay adjustments, according to Deadline.

It’s clear Mo’Nique is further putting Netflix to the test. Her case feels very similar to entertainment mogul Byron Allen‘s case against Comcast in the Supreme Court. The court’s ruling will determine if a plaintiff must meet a “but for” standard to file a valid discrimination claim, or in other words, the plaintiff must prove that a company discriminated against them 100 percent because they’re Black. If the court sides with Allen, however, the plaintiff only has to prove that race was a motivating factor in a company’s actions. They won’t be able to absolve themselves simply by claiming that business practices played a role in their actions.

Considering Mo’Nique wasn’t a target or a witness in the Kevin Spacey or Jonathan Friedland situations, the incidents probably won’t help her pay gap case. However, according to TMZ, she’s also suing for an injunction forcing Netflix to change its discriminatory policies. So the N-word incidents could help in changing Netflix’s work culture procedures.

As for the pay gaps, Mo’Nique’s examples are pretty solid, but she still might have a task on her hands proving race and gender bias were a motivating factor in her pay gap. Regardless of the difficulty, Mo’Nique clearly isn’t going down without a fight. One of her lawyers, David M. deRubertis, said in a statement, “In recent years, the spotlight has appropriately shined on the gender pay inequities that continue to plague the American workforce. By this lawsuit, Mo’Nique is taking a stand against the most severe pay gap of all: the pay gap experienced by Black women in the American workforce.”