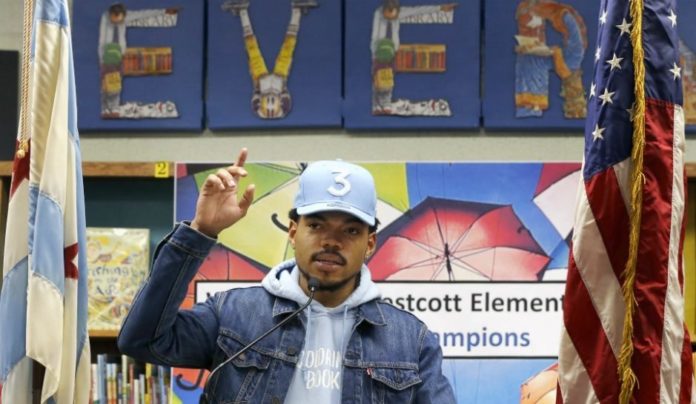 Chance the Rapper fans have started a petition urging him to run for mayor of Chicago.

The Chano4Mayor2k19 drive seeks to have the emcee take on incumbent Rahm Emanuel in 2019, denying the former Obama administration official a third term.

On the chano4mayor.com site, fans write, “Hey Chance, We think you’d be a great mayor. We love your music — we’ve been following your career from the first 10 days. We also love the work you’ve done to give back to the city that raised you. You represent Chicago on the world stage and you do us proud… We think if you ran, you would win. And if you won, you would do a good ass job. … You’d send a message that Chicago is ready for a new generation of leadership.”

The organizers listed reasons why Chance should seek office, including the following cited facts about Emanuel’s tenure: 50 public schools closed, the shutdown of 6 of Chicago’s 12 mental health clinics and the Department of Justice finding a pattern of civil rights violations by the Chicago Police Department, including the murder of Laquan McDonald. “It’s time for change,” they say.

Included in their pitch are a series of animated Chance’s next to bubbles with Chicago-themed lyrics from songs including “Summer Friends,” “Acid Rain” and “Finish Line/Drown.”

Fans also listed Chance’s philanthropic efforts on behalf of the city, including supplying coats to the homeless, his long-running open-mike series for local teens and his recent $1 million donation to Chicago Public Schools. “You’d send a message that Chicago is ready for a new generation of leadership.”

Chance’s dad, Ken Bennett, has worked as chief of staff for Emanuel. At press time it did not appear that Chance had responded to the call.