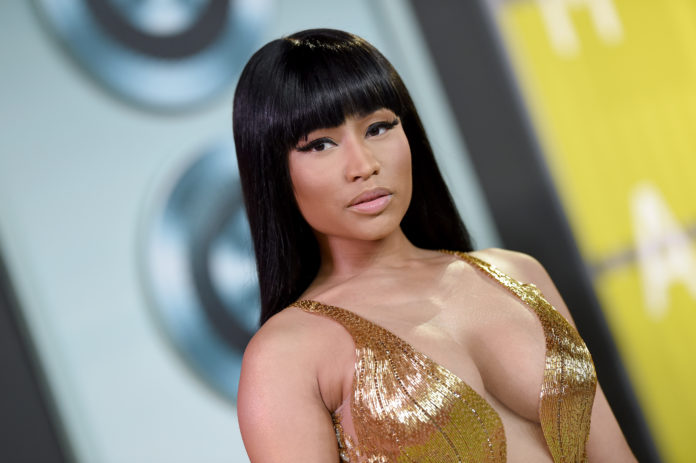 Nicki Minaj is catching heat for tweeting that she prefers white media while slamming “the blacks” who she believes bully her online.

In a since-delete tweet, Minaj feels “white ppl” treat her better than “the blacks” who call who out about things like… “Your husband really didn’t buy that million dollar engagement ring, but #carryon”

“What the white ppl post. >>>>>>,” Minaj wrote on November 5. “The blacks only post the few seconds where I raise my voice to push their narrative.”

Fans were quick to object to her statement and many slammed her for filth on Twitter. Check out some of the reactions below.

I BEEN told y’all #NickiMinaj is a hater but that’s y’all queen tho, now look at ya labeled “the blacks”. That hoe with a felon got the NERVE. Whew Chile the GHETTO.

Nicki’s offensive comments follow her vicious verbal assault against Wendy Williams after the talk show host mocked the rapper’s marriage to Kenny Petty, who Wendy described as a “killer” and a “sex offender.”

Petty’s past criminal history is a point of concern for some of Nicki’s fans, but the Queen rapper has made it quite clear that “she’s not afraid to retaliate by using her haters’ dirty laundry as a weapon,” reports E!.

You know what..I love your music. But the fact that you said “white ppl” and then refer to us as “the blacks” just furthers the idea that “blacks” aren’t people. That’s an idea that goes wayyy back. I’m mad hurt. Unconscious ideas are a mf. You gotta be aware of what you saying.39012:53 PM – Nov 5, 2019Twitter Ads info and privacy75 people are talking about this

Nicki Minaj deleted it but remember that today she referred to the same community that she is not only apart of, she claims to love and support so much as “The Blacks”

Ya’ll barbs are fucking finished your “Queen” is mentally ill.589:40 PM – Nov 5, 2019Twitter Ads info and privacy24 people are talking about this

Nicki Minaj said white people listen to her music like good fans while the blacks remind her that her husband ain’t even buy her a wedding ring771:54 PM – Nov 5, 2019Twitter Ads info and privacy33 people are talking about this

I “WAS” a BIG @NICKIMINAJ fan. Defended her when people dogged her out but there’s no defending the ignorant shit that came out of her mouth about black media. Calling black media “the blacks” you been on a stretch for awhile now you on a career ending stretch #TAJsaidit21:56 PM – Nov 7, 2019Twitter Ads info and privacy