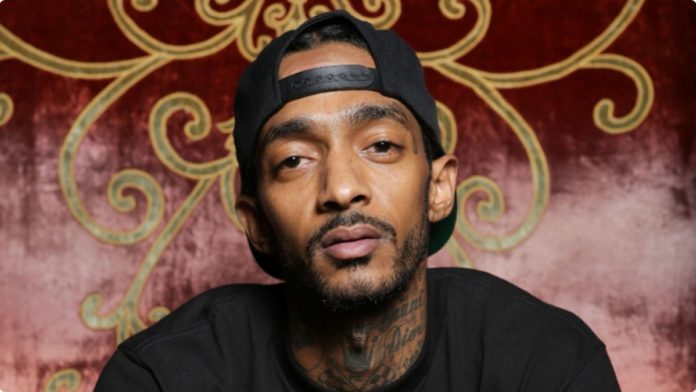 Since Nipsey Hussle’s murder in April, his former fiancée Lauren London has transformed her Instagram account into a vigil for the celebrated community organizer, entrepreneur, and recording artist. As she’s publicly mourned his absence and inconceivable loss, she’s provided heartfelt insight into their relationship, as well as updates on the numerous business ventures Nip (born Ermias Joseph Asghedom) had in place prior to his passing.

Recently, the Games People Play actress delivered a shocker, courtesy of The Marathon Clothing store, that a tower commemorating the Victory Lap rapper is under construction.

“As a notice to the public, we’re putting up a gate to enclose the plaza at 3420 W. Slauson Ave to start the early development stages of the forthcoming Nipsey Hussle Tower to commemorate and to honor the life and legacy of Nipsey,” the statement read. “The Marathon Store will remain closed, but you can shop online at TheMarathonClothing.com.”

In a statement to The Root, Councilmember Marqueece Harris-Dawson pledged his continued support to Nipsey’s family and team and their “shared vision for an incredible development in the heart of Crenshaw that puts the community first and serves to honor Nipsey’s legacy of reinvention, perseverance and community investment.”

As a Los Angeles resident, it’s been beautiful to see the community step up in Nipsey’s absence, and projects and initiatives such as these will forever ensure that the marathon continues.