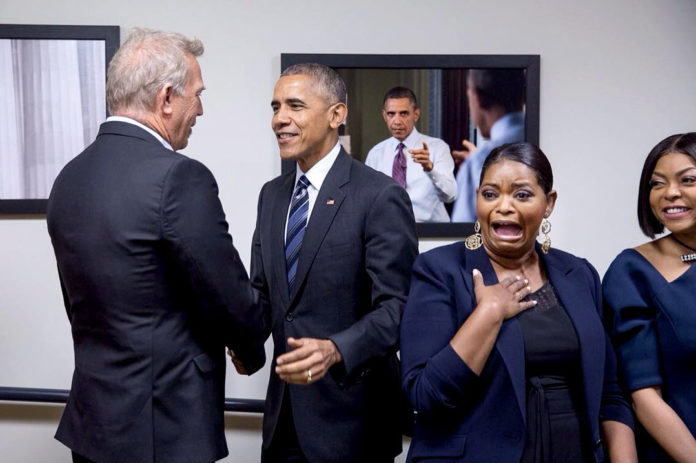 Dang! Talk about being freaked out. That’s what happened to veteran actress Octavia Spencer. But first the background.

This past Thursday (12-15-16), First Lady Michelle Obama hosted a private screening for the new film “Hidden Figures.” As we’ve reported, the film stars Taraji P. Henson, Octavia Spencer and Janelle Monae and other cast members, including Kevin Costner, were at the White House for a special screening.

Well, during the screening event, President Obama made a surprise visit and as you can see in the photo above, Octavia’s reaction was priceless, to say the least.

The White House shared the photo on social media, with the caption:

“That face when the President drops by for a visit. Today, the cast of Hidden Figures visited the White House to highlight the stories of Americans who defied stereotypes and broke glass ceilings to advance human space flight, science, and innovation.”

Spencer also reposted the candid pic, adding that she, Taraji P. Henson, and Kevin Costner knew the screening was with Michelle Obama, but clearly they didn’t expect Mr. President to join them as well:

“Our screening was with #FLOTUS but #POTUS surprised us. Humbling bc he has a million things to do but stopped by to say hello!!!!”

The actress also shared several other moments from her big day, and appropriately noted a picture of Michelle and Barack Obama as #Goals.

Look for “Hidden Figures” in theaters on Christmas day. 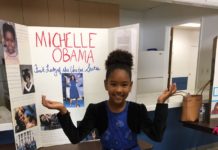 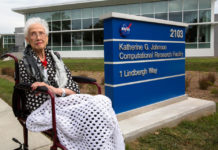 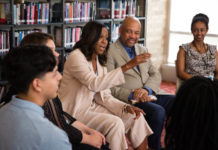 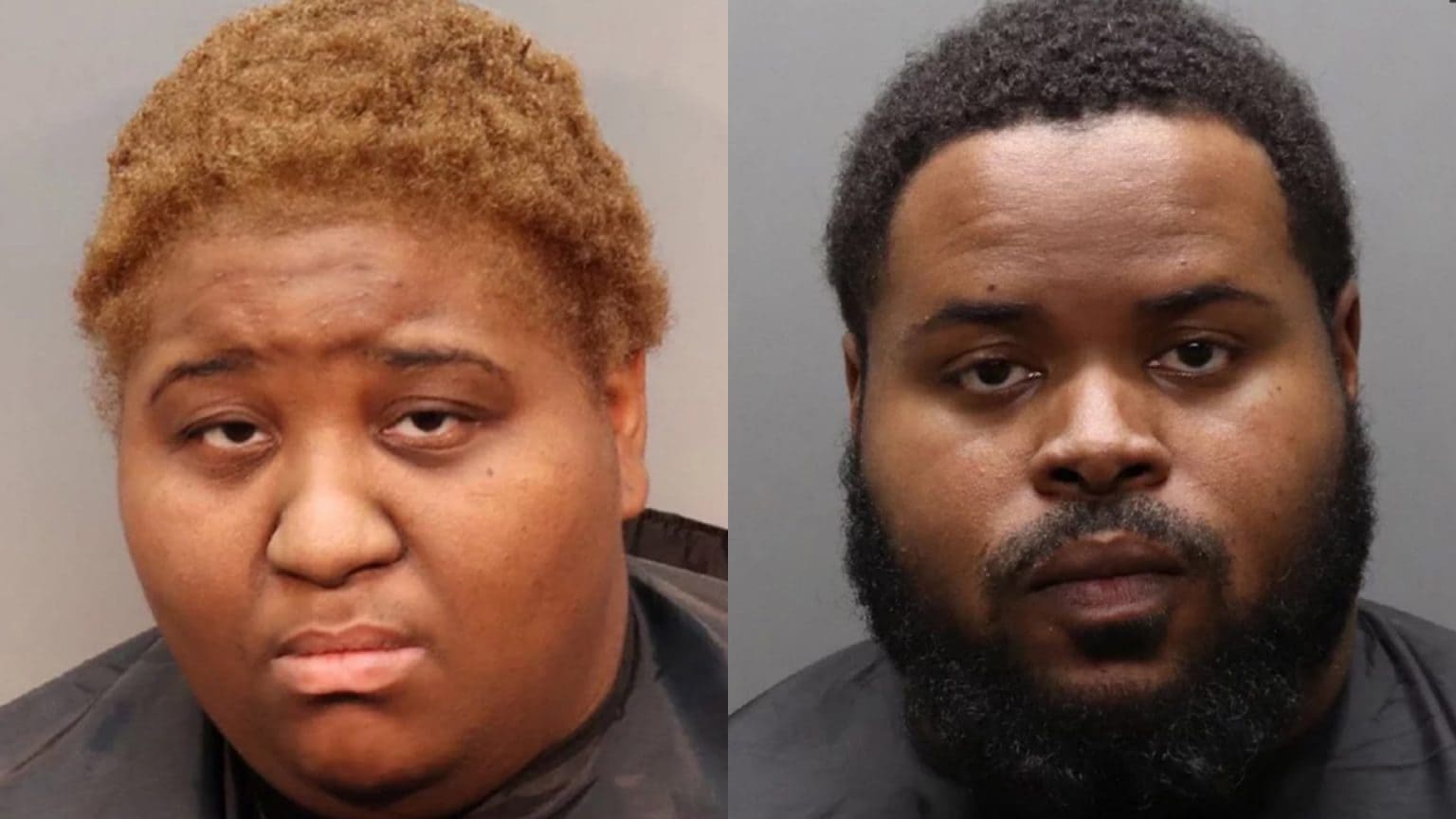